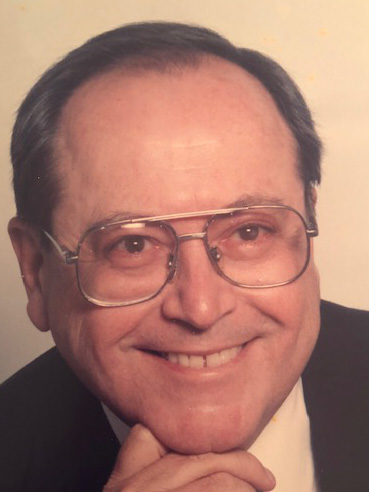 Edward Anthony Zazzarino passed away on March 18, 2021 at the age of 92. He was born on April 2, 1928 in upper west side of Manhattan, New York. He was the third child of three born to Amadeo and Susannah Zazzarino. His parents were Italian immigrants who owned a shoe repair and barber shop on Columbus Avenue.  In 1945, at the age of sixteen, he graduated from deWitt Clinton High School in the Bronx. He was given a free scholarship to the City College of New York. He graduated with a Bachelor of Science in Psychology in 1949. In 1951, he was drafted into the Army and served 2 years during the Korean Conflict.

After serving in the Army, Ed began a career with Prudential Insurance Company in Newark, New Jersey. He held a variety of jobs – rising to the level of Vice President before his retirement in 1986. In 1955, he met and married Audrey Kramer, a fellow Prudential employee. They had 2 children, Ellen and Paul. Audrey succumbed to leukemia in 1977. In 1980, Ed married Patricia Acker, another Prudential employee. In 1986, they retired and moved to Atlantic Beach, Florida where they currently reside.

Ed loved sports; he was an avid swimmer, jogger, tennis player, and curler. He was a founding member of the Plainfield Curling Club of Plainfield, New Jersey and later served as its President. He knew every statistic of every golfer, basketball team and baseball team. He was immensely proud of his Italian heritage and cooked a delicious pot of spaghetti sauce. He loved to read all kinds of material and watch old movies.

Ed’s final resting place will be in Jacksonville National Cemetery of Jacksonville, Florida.