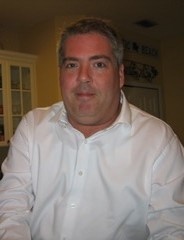 The son of a military father, he traveled throughout his young childhood. Edward also served his country in the United States Air Force with tours in Germany and Turkey. He returned to Jacksonville, FL to complete his college degrees at the University of North Florida. He then started his career with the Federal Government.

Edward was an avid reader, coin collector and he enjoyed spending time with his favorite pets.

A Funeral Service will be held at 2:00 p.m., Saturday, August 10, 2019 in the chapel of Quinn-Shalz Family Funeral Home with a visitation from 1:00 to 2:00 p.m. prior to the service.  In lieu of flowers, donations may be made to the American Heart Association or the Wounded Warriors Project.