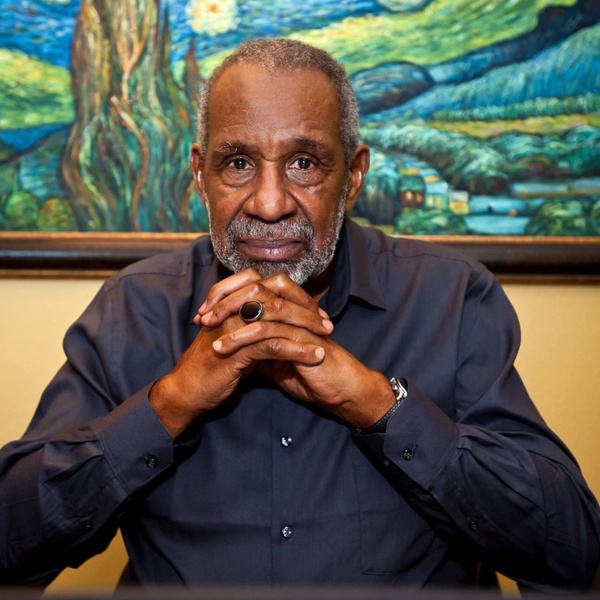 He was born and raised in the Roxbury neighborhood of Boston in 1937, the son of Edith Wade Rollins and Edward Bryant Rollins Sr.

A graduate of Boston’s English High School and Northeastern University, Bryant became an accomplished journalist, working at The Boston Globe and The New York Times. He founded The Bay State Banner, a Black newspaper that allowed him to both cover and participate in the Civil Rights Movement of the 1960s. He later edited The New York Amsterdam News, one of the nation’s premier Black newspapers. From that post, he was fired after he refused to buckle to editorial pressure urging him to offer more favorable coverage to New York City’s mayor.

Bryant involved himself deeply in the Civil Rights Movement in Boston, New York and in Mississippi where he helped organize a sharecropper-owned cooperative.

In Jacksonville, Bryant and Shirley’s groundbreaking work transformed community conversations. They led an initiative in the 1990s to host Study Circles conversations about race across the city. They facilitated the St. Johns Cathedral’s Truth and Reconciliation Community, which brought Archbishop Desmond Tutu to Jacksonville. Even after retiring, they continued their work with organizations throughout the community.

He served on a number of boards, including Jax Chamber, the Jacksonville Civic Council and JCCI. He was among the first Blacks admitted to the Civic Council’s predecessor, the Non-Group.

Before he died, he finished a forthcoming memoir, The Slave in My Mirror. The family requests, in lieu of flowers, donations to support the publication of this work at https://bit.ly/bryantrollins.

Family and friends will celebrate Bryant’s life at the St. John’s Cathedral on Saturday, June 25 at 11 a.m. The service will be live-streamed on the Cathedral’s website.