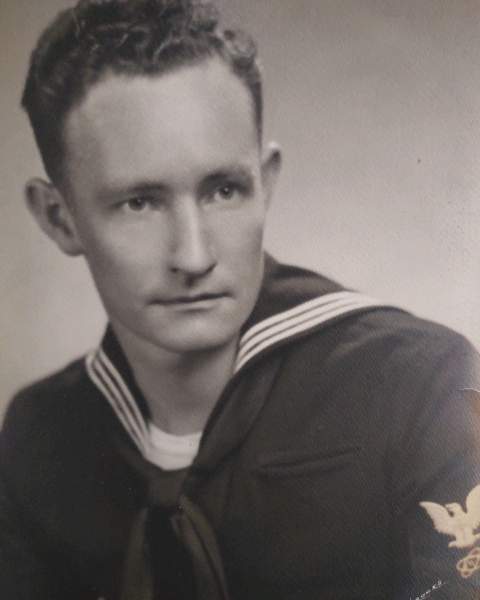 Ed grew up on his family’s farm in Donalsonville, GA and after graduation, he joined the U.S. Navy where he achieved the rank of E9 Warrant Officer and served for 23 years. After retiring from the Navy, he worked for Jacksonville Shipyards as a superintendent for 23 years until his retirement in 1992.

Ed was an Electronic Technician Master Chief (ECTM) in the Navy and once retired, if you had any electrical issues, he was the one you took it to. There was nothing he couldn’t fix or build, mostly with hand tools because that’s the way he learned, along with his brilliant mind.

Ed was a kind, humble and genuine man with a hilarious, dry sense of humor. He enjoyed hunting, fishing, gardening, cooking, reading and doing his crossword puzzles every morning. He spent many of his younger days, bird hunting and running his beloved Brittany Spaniels with his friend, Grady Kitchel.

Ed was the biggest fan of the Atlanta Braves and the Georgia Bulldogs. He got to see both teams win the World Series and the National Championship this past year. There was hardly a day of the week Ed didn’t have some form of sports on the TV. Ed and Nell were always accompanied by their Chihuahuas, Chloe and Emmy.

One weekend a month, his lifetime friend, Bobby Dawson, would come stay with Ed, Nell and the family, and have plenty of delicious food, watch lots of sports and make great memories. Ed will be missed dearly by his family and friends.

Visitation will be from 5-7 p.m on Thursday, September 15, 2022, at Quinn-Shalz Family Funeral Home in Jacksonville Beach. Full Military Honors will be 2 p.m. Friday September 16, 2022, at Jacksonville National Cemetery. Pallbearers will be Donnie Leeper, Chad Grace, Justin Leeper, David Netti, Donnell Wright and Wayne Lulli. In Lieu of flowers, the family asks that donations be made to Heroes on the Water: https://www.classy.org/give/326488/#!/donation/checkout.