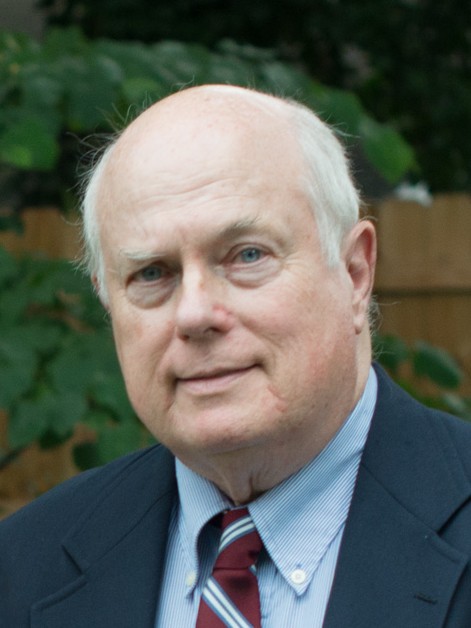 Edward Grosset Baur died peacefully of natural causes in the early morning of February 24, 2022, at Cypress Village in Jacksonville, Florida. He had recently moved to Jacksonville with his wife Emily Baur after a long residence in Northeast Ohio. Mr. Baur was 80 years old.

Ed was born to Clementine and Edward Baur on September 26, 1941, in Bethlehem, PA. His father was a pipefitter in the immense Bethlehem Steel plant beside the Lehigh River, and his mother worked at home, in the Lehigh University cafeteria, and later at the Cup, a renowned ice cream stand in town. His gentle and affable father taught him how to fish for trout in Bethlehem’s Monocacy Creek, and his mother’s gregarious and youthful spirit inspired his love for humor, storytelling, and cinema. Ed’s charm and wit got him elected senior class president of Liberty High School, from which he graduated in 1959.

Edward was the first in his family to attend college with a full scholarship to Yale University. At Yale, he majored in Economics, sang in the Augmented Seven (one of Yale’s storied singing clubs), and found time to “flick out” when he could, cultivating a lifelong interest in vocal performance and movies. While at Yale, he married Linda Meyer from his hometown. He graduated from Yale in 1963, and the couple moved to New York, where Ed graduated from Columbia with an MBA before landing a job at J. Walter Thompson, a leading advertising firm.

During the escalation of hostilities in Vietnam, Ed graduated from U.S. Navy’s Officer candidate School in Newport, RI in 1966, and served as a Lieutenant (junior grade) on the USS Buchanan (DDG-14), a guided missile destroyer homeported in San Diego. His proficiency with technical matters made him a valued Training Officer in the ship’s Combat Information Center, from which he directed bombing sorties. He returned to home port in 1969 after a two-year tour of duty, received an honorable discharge, and moved with his wife and young son to Appleton, Wisconsin, where he worked as a marketing manager for Kimberly-Clark and spent weekends haunting the trout streams of northern Wisconsin.

In 1972 the family moved to Atlantic Beach, Florida, where Ed took on a management role at Jacksonville paper company Unijax (and at length discovered he was not the golfer his father was), before obtaining his third college degree of Master of Arts in Counseling at the University of North Florida. Ed used his diverse education to teach Economics and Marketing at UNF and Stetson University. He and Linda raised two sons in the laissez-faire environment of the 1970’s, both of whom seem to have turned out more than OK.

Ed returned to the north in 1980 with his second wife Cathy Balla, this time to Hudson, Ohio. Here, he was a Management Engineer for the Cleveland Clinic, the first of several positions where he would contribute to the dynamic health care field in Cleveland, Cincinnati, and Youngstown. In Hudson, he and Cathy enlisted kids and parents alike in the restoration of the 1876 Abi Brown house in Hudson. As a keen home cook, he turned out inspired dishes while Luciano Pavarotti’s voice floated through the summer air, and his sons learned through his example that it was normal for men to enjoy cooking too.

Ed loved the beautiful farms, streams, and woods of northeastern Ohio. In 1984 he married kindred spirit Emily Osborne, and the two of them loved exploring old canal towns and visiting with friends and relatives in the region. They befriended a family of raccoons in Youngstown. They saw the sons through college. Emily’s cooking turned out to be beyond what Ed had yet achieved, so he may have let that hobby slide a bit, though he didn’t suffer much. They ventured often to New England, and to coastal Maine they returned every summer for many years to a picturesque cabin on the water owned by good friends David and Cynthia Barnard. In retirement as before, Ed was a voracious reader and loved to discuss the political issues of the day and swap stories while looking out at the waters of Casco Bay from the cabin on Nubbin Reach. His sons fondly remember a supportive father who acknowledged their independence in pursuing whatever goals they chose, who was passionate in his own opinions, and who did not hesitate to express his love for his family. His wife remembers his treasuring time spent simply sharing life together with loved ones.

The family will have a gathering to celebrate Ed’s life at a future time. In the meantime, they think Ed would like it if you shared your favorite jokes, visited your local library, or cooked a sumptuous meal in the company of friends and family. Donations in Ed’s name may be made to Vietnam Veterans of America or similar organizations.