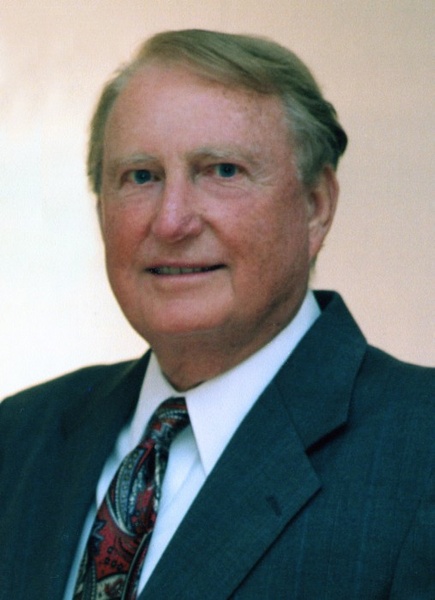 Duke enrolled at Auburn University in 1941, but duty to our country called and he was commissioned as a Weather Officer in the U.S. Army Air Corps during World War II, serving in China onboard B-25 aircraft. Upon his departure from the military in 1946, Duke returned to Auburn and received a Mechanical Engineering degree in 1947. In 1949, duty called once again and Duke was recommissioned in the U.S. Air Force to serve during the Korean Conflict.  During this time he Captained B-29s based in Japan. Duke exited active duty in 1953 and moved to Jacksonville, FL.  He spent the next 66 years as a Jacksonville and Ponte Vedra Beach resident.

Duke was installed as President and CEO of Duval Federal Savings & Loan upon its creation in 1954 and served as its leader for decades, ultimately growing the institution into one of the Florida’s largest Savings & Loans.  Upon leaving Duval Federal in 1984, he became President of Community Savings Bank.  After that, he launched First South Savings Bank in Tarpon Springs, FL, where he flew his own airplane from Jacksonville to work each week.

Duke was active in the community serving with a variety of social and service organizations, including Meninak, Ye Mystic Revelers and the Ponte Vedra Community Association as its president.  He was a charter member of Selva Marina Country Club and member of the downtown Seminole Club, University Club and River Club. Duke was a longtime member of the Ponte Vedra Inn & Club where he enjoyed tennis as a member of the B team “Rinky Dinks” for years. One of his proudest accomplishments was establishing the Jacksonville Area Auburn Club to help foster the Auburn spirit amongst fans and alumni living in the area.  This spirit lives on today with the Sherry and Duke Horner Scholarship for worthy students from the area attending Auburn.  His love of community was exemplified by his recent contribution to Ponte Vedra High School to enable the marching band to acquire new uniforms.

A Memorial Service with military honors will be held at 1:30 pm on Friday February 7, 2020 at the Jacksonville National Cemetery, 4083 Lannie Road, Jacksonville, FL 32218.  In lieu of flowers donations may be made to the Alzheimer’s Association or Jacksonville Community Hospice.