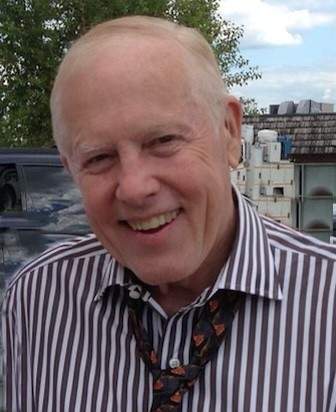 Dr. Dean T. Langford, 83, passed away Wednesday, October 13th, 2021 at his home in Ponte Vedra Beach, Florida. He was born June 19th, 1939 in Princeton, Illinois. He grew up in Walnut, Illinois. Dean graduated first in his class from Walnut High School. Dr. Langford graduated from the University of Illinois with Bachelor degrees in Mathematics & Aeronautical Engineering in 1962. Dean was a scholarship recipient for athletics. Dean’s baseball scholarship fully financed his education at the University of Illinois. He was awarded an Honorary Doctorate in Humane Letters by Salem State College in Salem, Mass in 1989. His charitable donations and involvement both personally and professionally helped catapult Salem State to University status partially due to a hiring program he implemented while serving as the longest running CEO and President of Osram Sylvania. The Bertolon School of Business and 3 residence complexes of Salem State University are located on the site of a former lightbulb factory of GTE Co. After graduation, Dean moved to the greater Chicago area, where he became a computer salesman for IBM. After a 20 year career with IBM ending in the role, Director of Advertising, he went on to become the VP of Marketing of GTE Communications Products Groups, Stamford CT, 1983-1984. He quickly made an impression and was named Vice President of marketing on the GTE Diversified Products staff, in Danvers, MA, in January 1984. He held that role until 1993 when he assumed the role of President and Chief Executive Officer of the German company Osram Sylvania Inc. 1993, until 2002. When he retired in 2002 he continued on the Board of Directors for Osram Sylvania. During his time at Osram, he was very active in the Alliance to save Energy and was honored by the Alliance for his leadership in the pursuit of energy efficient lighting for home and commerce. He remained a Chair emeritus with the Alliance. He spearheaded the pursuit of energy efficient lighting as the century was ending. Contributions to the community were a cornerstone of Deans life. He was on the board of directors of numerous entities including Osram Sylvania Inc., The national Association of Manufacturers, National Electrical Manufacturing Association, The Corporation of Massachusetts Hospital, the University of Illinois Alumni Association, the National Parks Association, Salem Country Club, Las Companas Country Club, Marsh Landing Country Club and Sawgrass Country Club to name a few. He was on the advisory Council for Engineering College at the University of Illinois, was a trustee of the Civic Education Foundation and was on the governing board of the Lincoln Filene Center at Tufts General Hospital in Boston. He was also 1988 Chairman of the United Way’s Patriot division along with being Co chair of the Alliance to Save Energy. Dean returned to Urbana-Champaign in Spring 2017 to be a guest lecturer to an evening class of engineering students upon the personal request of the President of the School of Engineering, lodging at the Alumni Centre on campus. His continued appreciation for the University of Illinois were also evidenced by the Scholarship Trust issued in mathematics and his late mother’s Honorary Music Endowment, the Dorothy Tuckerman Langford Music Scholarship, which he had established some 27 years earlier. Dean is survived by his loving wife, Mrs. Kelly D. Langford, one son, Douglas Langford and daughter in law, Sharon Langford, two grandchildren, Nicole Alene Langford and Dylan Tucker Langford of New York.

In lieu of flowers donations may be made to your local SPCA (Society of the Prevention of Cruelty to Animals) and/or St. Jude’s Children’s Hospital.