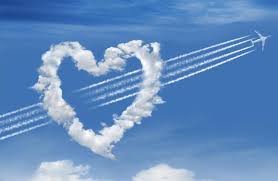 It is with deep sadness that we announce the passing of Dr. Douglas W. Peacock in Jacksonville, Florida. He leaves behind his beloved Bride of 42 years, Lois and his loving daughter, Pam.

Beyond his devotion to his family we will all remember fondly his joy playing piano, his love of his dogs, flying and boating and his Entrepreneurial spirit. At a young age his family moved from his hometown of Coeur d’Alene, Idaho to Spokane, Washington, where he was raised. Once an adult he sought to be educated well, earning a B.S. in Chemical Engineering from Washington State University, his doctorate in Physical Chemistry from University of Illinois, and even his pilot’s license.

Doug spent many years working for engineering and manufacturing companies including Westinghouse before partnering with Nick Howley in 1993 to found Transdigm Group Inc in Cleveland, Ohio. As the founding CEO and Chairman of the Board for the first 10 years , Doug was an integral to developing Transdigm Group, Inc’s long term strategy of success using an innovative value focused strategy , excellent business acumen and sometimes sheer force of will. After his retirement he continued to serve on the Board of Directors and actively assist and contribute as the company became one of the largest public New York Stock Exchange listed aerospace companies in North America with an enterprise value of over $40 billion.

Doug enjoyed traveling, flying and boating and enjoyed success even in his hobbies of model plane building, woodworking and of course, music. Doug was a talented piano player who enjoyed the camaraderie of several band mates as they played in Jacksonville restaurants and gathering houses. Forever with a smile and a good laugh, Doug will be missed.

For love can not be lost even if the music has been silenced.

A private memorial will be held in Jacksonville, Florida where Doug and Lois have made their home for the last 18 years. In lieu of flowers Doug’s family would appreciate donations made in his name to the K9’s for Warriors (http://support.k9sforwarriors.org/goto/peacock)  as the cause was a favorite of Doug’s.