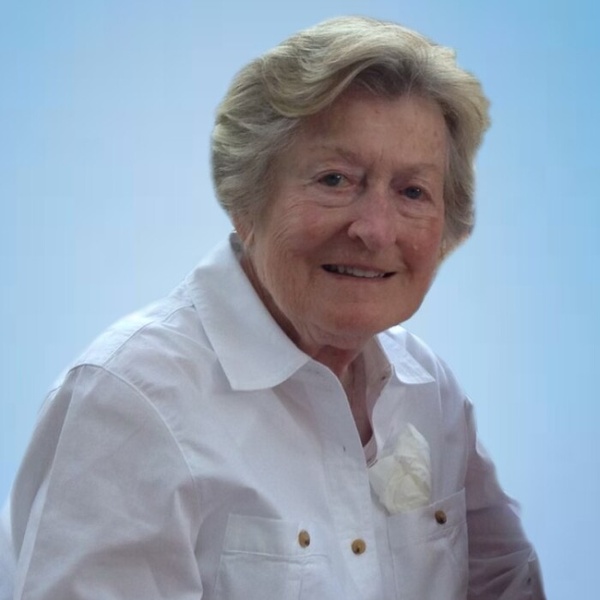 A devoted mother, aunt, grandmother and great grandmother, Doris died on March 28, 2022, under hospice care in her home in Ponte Vedra Beach, FL surrounded by family.

Doris was born on September 12, 1932, in Webster, MA. During World War II, her father, a Colonel in the U.S. Air Force, was assigned to help protect the hydroelectric power facilities at Niagara Falls, NY, so the family spent much of the war years in Kenmore, NY. Growing up in a military family meant moving to a new home every few years.

Doris attended Hill College in Woonsocket, RI where she earned a business and secretarial diploma. On an outing to nearby Newport, RI she met John J. Batten, Jr., an electrical engineer in the U.S. Navy on a blind date. Doris and John were married on August 11, 1951. John served in the Navy during the Korean War and upon returning home, he and Doris settled in West Islip, NY where they began raising a family.

Doris was a woman of deep faith and a devout Roman Catholic throughout her life including at St. Joseph Parish in Babylon, NY and at Our Lady Star of the Sea Catholic Church in Ponte Vedra.

In 1969, with her children entering their teenage years, Doris returned to school, receiving a B.A from Dowling College in Oakdale, NY. For years, Doris taught elementary and high school classes in both Babylon and West Islip.

Upon John’s retirement, they relocated to Ponte Vedra Beach, to be close to their grandchildren and where she served as the executive assistant for a family office until her retirement at age 86. While residing in Florida, she spent her time traveling to visit her geographically dispersed children, nieces, grandchildren and extended family as well as indulging in her favorite travel pastime: cruises to Italy, southern France, Greece and other locations on the Mediterranean.

Doris was predeceased by John on January 19, 2019, in Ponte Vedra and by her three siblings: Edwin Peck, of Brooklyn, CT, Arthur Peck, of New York City and Julia Peck White of San Ramon, CA

A private service will be held.

Donations in Doris’s name may be made to Community Hospice & Palliative Care, 4266 Sunbeam Road, Jacksonville, FL 32257 or give online at www.communityhospice.com/give, which graciously cared for her in her final days.