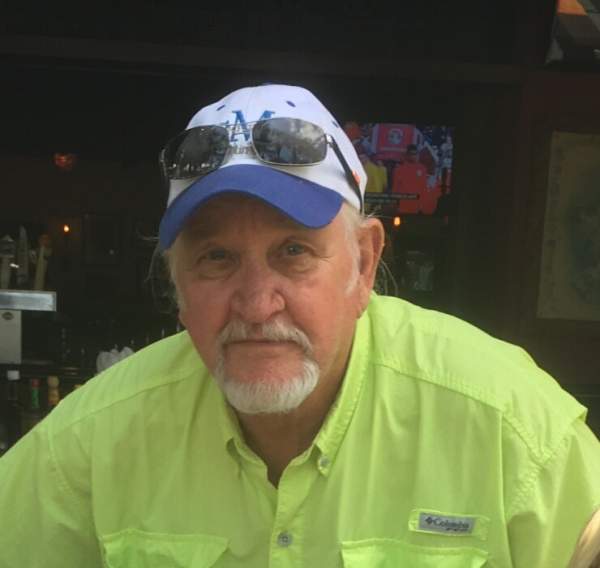 Don Wildes, 73, passed away September 4, 2021. He was born in Milwaukee, Wisconsin on December 10, 1947 one of twin sons to Edwin W. and Florence F. Wildes. He graduated from  Cedarburg High School. During Don’s school years he played the bass guitar in a band, went to sock hops and belonged to a surf club which surfed Lake Michigan during the winter months.

Don enlisted in the Navy in May 1973 and retired May 31, 1993 after 20 years of service. Don married Catherine Johnson February 11, 1978. His Navy career began in NTC Great Lakes, IL and then USS Ajax (AR-6) San Diego. Don was sent to ADCOM Great Lakes, IL, where he meet his love (also in the Navy) Cathy. They were married for 43 years. Other Duty stations included NSGA Adak, AK, NAS Barbers Point HI, USS Talbot (FF-4) Mayport, Comdesron Fourteen Mayport, and Commavruk, London. Don traveled to a vast portion of the world.

He loved the sea and spent time stargazing, and watching the dolphin pods following the ship. Don had special memories of his daughter, Stacy when she came to Hawaii for a visit. Don coached his sons in baseball and basketball. Don loved his family deeply. Don was always willing to help others when they asked. Some of Don’s hobbies included working on old cars, music, surfing, walking the beach, gardening and cruise vacations with his Wife, Cathy. Don was a long time Sexton at Palms Presbyterian church and had a warm relationship with those who attended the church.

A memorial service will be held at 11:00 am, Friday, September 10, 2021 at Palms Presbyterian Church. Reception to follow. Don will be laid to rest October 21, 2021, 11:00 am in the National Cemetery Jacksonville with  Military honors.