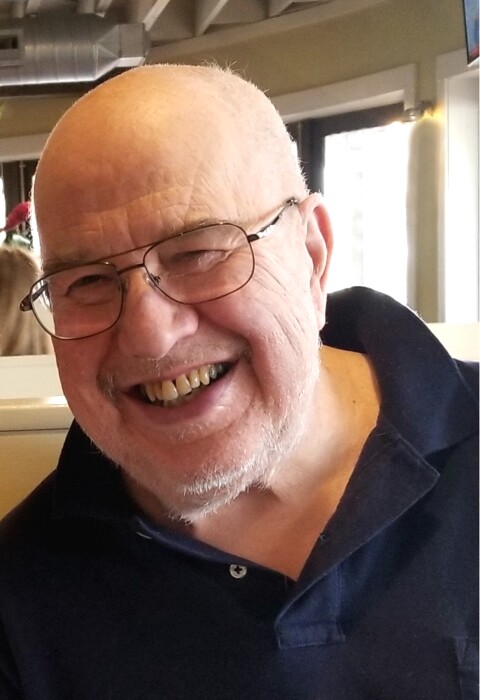 Donald Priebe, “Don,” 82, passed peacefully in the morning hours of October 17, 2020. Described by family and friends as brilliant with a great sense of humor, Don enjoyed a life of learning, traveling, and singing with his wife of 61 years, Rosemary.

Don was born in Toledo, Ohio, where he earned a B.S. from Toledo University. Upon marrying Rosemary, they relocated to Syracuse, New York, where he worked for General Electric as an electrical engineer for over 30 years. Don also earned a Master’s in Electrical Engineering and an MBA at Syracuse University. Upon retirement, Don studied tax law, and passed the New York State tax exam to become an enrolled agent, subsequently starting a successful tax preparation business. Don and Rosemary recently relocated to Cypress Village in Jacksonville, Florida.

Don lived a wonderful life pursuing his interests and hobbies. Don and Rosemary traveled extensively around the world, from Scandinavia to Italy. His three children – David, Amy, and Nancy – carry fond memories of a childhood spent with their father: watching as Don built computers, learning Morse code as Don achieved his amateur radio goals, and taking cross-country road trips to sightsee, canoe, and camp. Donald’s tenor voice could be heard singing with dramatic grace and complexity in the Syracuse Symphony Oratorio. He celebrated in song weekly as a 30-year member of Baldwinsville’s St. Elizabeth Ann Seaton Church choir.

After an evening talk with Rosemary and his children, Donald passed in the early morning hours. We know he heard Rosemary saying The Lord’s Prayer for him, and hope he appreciated the round of a favorite camp song: “In Heaven there is no beer.”

Donald is survived by his wife, Rosemary Priebe, their three children – David Priebe (Lynn), Amy Davis (Chris), and Nancy Berlin (Phelan) – and six wonderful grandchildren.  Don will be deeply missed by all, but memories of him will remain strong and cherished.

Donations in memoriam of Donald can be made to the Alzheimer’s Association under the tribute page of Donald A. Priebe  http://act.alz.org/goto/Donald-Priebe.