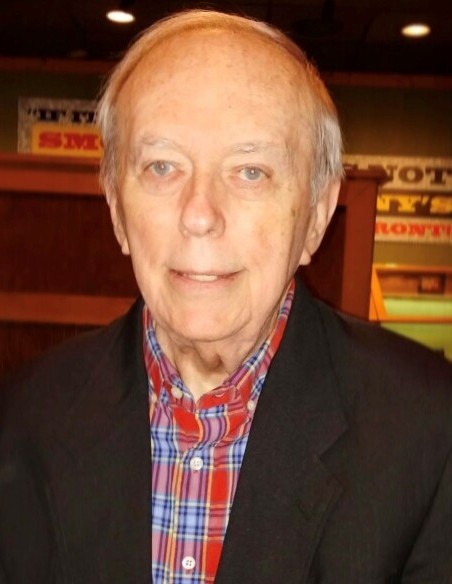 Donald Lewis Moore, 86, passed away on Wednesday, November 17, 2021. His name, Donald, means leader, and he was a true leader. He led his family well, and was a husband, father, brother, and grandfather who was treasured.

Born in Charlotte, North Carolina on July 27, 1935, he was the third child of John Sewell Moore and Mary Pearl Lewis Moore. His siblings include JoAnne Moore Waddill (deceased), Jack S. Moore (deceased), and Phillip Moore. The Moore family moved from Charlotte, NC to Jacksonville, Florida in 1943.

One of Don’s great passions was music, and it remained so throughout his life. He began playing trombone in the John Gorrie Junior High band and went on to play in the Robert E. Lee High School concert and marching bands. This led to his role in many different capacities including the Jacksonville Symphony Orchestra from 1953-1959, the Raymond Gage Orchestra, The Buccaneers Big Band, Joe Barry’s Band, the Jacksonville Starlight Symphonette, Jacksonville University Band, and the 310th Army Reserve Band. Don often entertained his grandchildren with stories of playing in bands for various special events in the Jacksonville area, including Holiday on Ice and the Ringling Brothers Circus.  One of Don’s greatest loves was playing with the orchestra at First Baptist Church of Jacksonville from 1994-2016.  He never wanted to miss a rehearsal or performance and treasured each opportunity to play his trombone with others in worship.

Don’s professional career was a lengthy one with BellSouth. The company took his family to a variety of Florida cities, including Panama City, Jacksonville, New Smyrna Beach, Melbourne, Daytona Beach, and Gainesville. He made many lifelong friends along the way and served his community. He was president of the Rotary Club and Chamber of Commerce in New Smyrna Beach, was a member of Leadership Florida and was on the board of the Jacksonville Symphony Orchestra.

Don loved his family dearly, and some of his fondest memories involved family gatherings.  The Moore families loved to be close by, and for many years they lived a block from one another in Neptune Beach. There are many happy memories of fish fries, Fourth of July fireworks, holiday celebrations and more with several members of the extended family. In his last days, Don loved to reminisce about these times. He is survived by his wife, Sue Moore, his daughter Pamela Moore Bennett (James), his son Donald Lewis Moore, Jr. (Heather), daughter Cynthia Moore Keesee (Matt), and stepdaughters Lori Muller (Peter) and Kristy Williams (Carl).  He leaves behind a legacy of grandchildren: Joshua Belmore (Sabrina), Savannah Childs, John Moore, Clayton Moore, Wyatt Moore, Nathan Keesee, Layney Keesee, Zachary Muller, Noah Muller, Abby Muller, and Morgan Williams.   He also is survived by his brother, Philip Moore, sister-in-law Sylvia Moore, as well as many nieces, nephews, and cousins.

Don’s love of family and music could only be surpassed by his love of Jesus Christ, our Lord and Savior.  He would want all to share his same saving faith. Romans 10:9 says, “If you confess with your mouth that Jesus is Lord and believe in your heart that God raised him from the dead, you will be saved.”