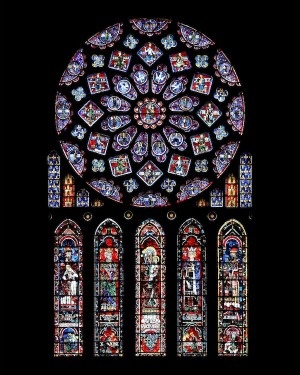 Diana was born in Amarillo, Texas, to Horace and Eleanor Brown and grew up in St. Louis, Missouri, where she attended Webster Groves High School and Maryville College. In 1953 she married Eugene Kovarik, soon settling in Cincinnati, Ohio, where they raised four children. There she turned her art interest to making puppets and built a business of entertaining at birthday parties which involved her own children behind and in front of the stage. She was devoted to her children, even running the parish school cafeteria and serving as a Girl Scout leader. She studied speech pathology at Edgewood College and, when the family moved to Schenectady, she continued her studies at the State University of New York.  She is remembered for the haunted house she ran for the art museum in Schenectady. Her husband’s General Electric career brought more relocations and a chance to dapple in house renovations and decorating. She took classes in stained glass and mosaics in Nashville. She made puppets and performed at the Cumberland Science Museum. In Philadelphia she volunteered with a group that brought copies of famous art into elementary school classrooms. She drew upon her speech pathology background to teach English as a Second Language (ESOL) to refugees, becoming personally committed to helping many families.  After a move to Jacksonville in 1993, she continued to teach ESOL classes and volunteered with Art Goes to School at Twin Lakes Elementary. She was an excellent seamstress and made costumes for her grandchildren’s theatrical adventures. She costumed productions of Seven Brides for Seven Brothers and The Pirates of Penzance at Stanton College Preparatory School in 1998 and 1999. She loved quilting and stitched quilts for her children, grandchildren and great grandchildren. She played many hands of bridge with the Southside Newcomers. And she was a devout Catholic and a member of Holy Family Catholic Church.

Family was Diana’s greatest love. She is survived by her husband of 66 years, Eugene Kovarik; her sister, Barbara Rice of Rochester, NY; her brother, David Brown, of Austin, TX; her children Lisa (Jim) Bolling of Jacksonville; Kathleen (Jim) Kahmann of Florence, KY; Robert (Kim) Kovarik of Lexington, KY; Jennifer (Michael) Coleman of Orlando; 16 grandchildren (with whom she and Gene traveled with all over the world); and 12 great grandchildren. She was predeceased by her sister Marian Ferguson.

A Funeral Mass will be held at Holy Family Catholic Church at 11 a.m. on Saturday, August 31.