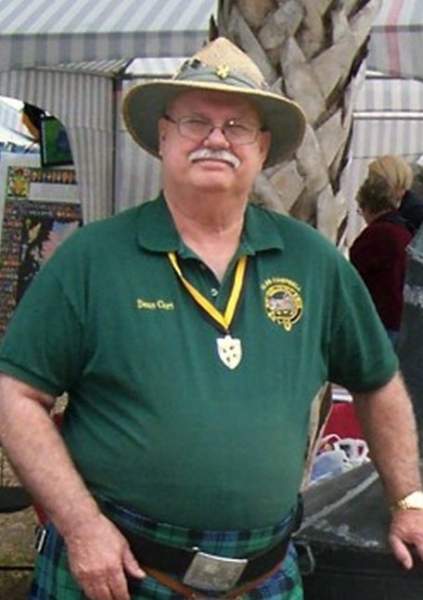 Dean proudly served in the U.S. Navy from 1965 thru 1969.  It was during these years that his best friend Radarman 1st Class Mike Campbell introduced him to his future wife Donna Campbell.  Dean started working for the CSX Railroad in 1970 and retired in Jacksonville, Florida in 2005.  Dean enjoyed many things, Civil War history, the Scottish games, genealogy, the LSU Tigers and the Dallas Cowboys.  Above all, Dean was a dedicated father and husband, putting his family above all else.

A memorial Service will be held at Quinn-Shalz Family Funeral home in Jacksonville Beach, Florida, on July 24th, Saturday, at 3 PM.  In lieu of flowers, we ask that donations are instead made to the American Cancer Society.