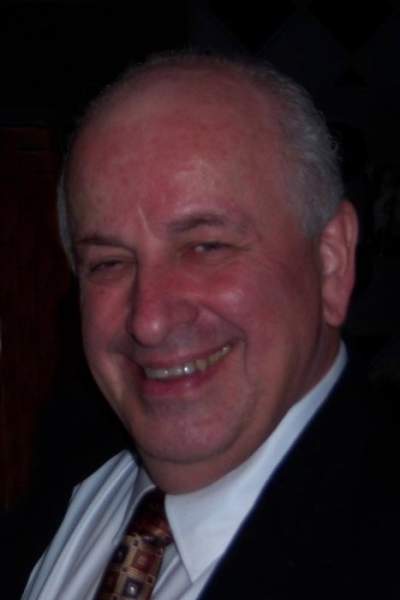 David W. McMullen, 71, of Ponte Vedra Beach Florida, went to be with the Lord on April 19, 2019 while on vacation in Auckland, New Zealand.

David was born in Crawfordsville, Indiana, on May 10, 1947, the first son to Lowell and Lois McMullen.  He attended Mace Elementary and New Ross High School where he graduated as valedictorian in 1965.  Growing up he was a member of Mace Methodist Church.  David grew up on a dairy and grain farm, but would rather have been reading or studying than feeding the cows, hogs, or chickens; and he would have done almost anything to avoid scooping manure.

He was a proud graduate of Purdue University graduating in 1970 with a BSMI in industrial management.  While there, he also studied electrical engineering and business.  David was also very active in the Cary Quad radio station and the Reamers Club while at Purdue.

He had been director of software sales for The Computer Bank Inc, responsible for business development at CPT Imaging Associates, and Customer Relations & Business Development for Buildscape (DOW Chemical).   Since 2013 he worked for Florida Blue as a Senior Telesales Agent assisting people with health insurance needs.  He was a volunteer webmaster for SmallBridges.org a startup adoption assistance organization.

David enjoyed closely following the Purdue Boilermakers and the Indianapolis Colts year round. He participated in numerous Fantasy Football leagues, was active in the local Kiwanis Club, and served on the Board as vice president of the Purdue Alumni Club of Jacksonville.  He had been active on the Board of The Chapel at Sawgrass; and regularly oversaw operation of their sound system, and made CD’s of the services for those who couldn’t attend.  He recently set up the Chapel’s website and even initiated a Pay Pal contribution link.  He also attended their weekly men’s Bible Study group.

He was also a member of the Beach Church in Jacksonville Beach, and at times attended Christ Church as well.  He was active in more than one singles group as well as other civic organizations, enjoying sports, theater, and photography.  David loved people and he made friends easily.

David spent his life in the pursuit of knowledge.  He was in love with the Word of God, fascinated by nature & its unseen mechanics, and engaged with communication & the human experience.  He enjoyed continuing his education in more recent years at the University of North Florida, auditing classes in Physics and Quantum Mechanics.

David was also a master of all ‘Dad Jokes and puns’ and had fun awing nieces & nephews with his magic tricks.  He also made time each year to travel to Georgia, Texas, and Virginia to be with his family, especially during the holiday seasons.

David had a passion for travel, having recently toured South Africa, Europe, and the Holy Land in Israel.  He was most recently on a trip to New Zealand, and had booked a trip to Ecuador in May.  He also made earlier trips to Alaska, India, and Australia where he was able to marvel at God’s creation.

The name ‘David’ means dearly loved, and he truly was loved by family and friends alike.  While we love him and mourn his sudden passing, we know he is experiencing a love that surpasses all understanding - to be loved by our Savior, forever.  Jesus said, “I am the resurrection and the life. Whoever believes in me, though he die, yet shall he live, and everyone who lives and believes in me shall never die...” John 11:25-26.

In the end, David was still giving.  He became an organ and tissue donor.

David is survived by his brother, Dwain (Julianne) McMullen of Virginia, and his sister Denise (Steve) Hutchinson of Texas, as well as nieces and nephews Brad (Donna) McMullen, Kevin (Rachael) McMullen, Jamie (Ward) Altman, and Brent (Meredith) Hutchinson, as well as great-nieces and nephews Mack, Zoey, Addison, Reilly, Ella, Luke, Virgil and Ansel.  He was preceded in death by his parents and his niece, Emily.

A memorial and celebration of life service for David McMullen will be held at Beach Church in the Chapel, 325 7th Avenue North, Jacksonville Beach, FL 32250 at 4:00 P.M. on Friday, May 10th.

Donations in lieu of flowers may be made to the charity of your choice.