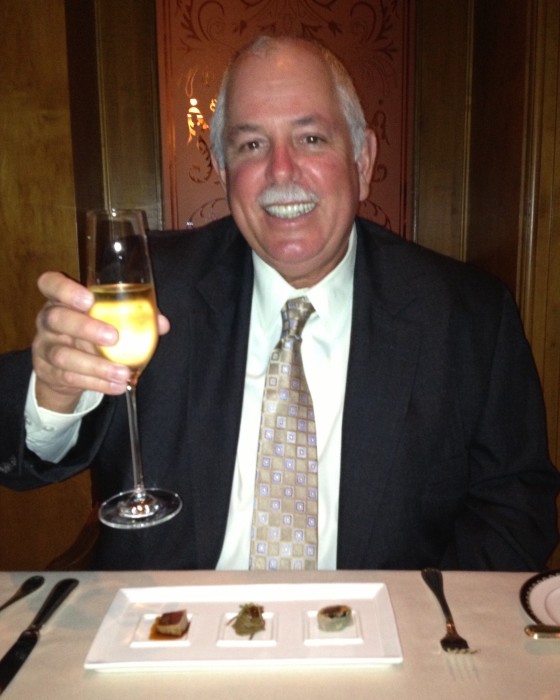 After his high school graduation from the Pioneer Valley Academy in New Braintree, MA, David proudly served our country in the U.S. Coast Guard from duty stations on Cape Cod, MA as a Machinery Technician and was promoted to First Class within 4 years. He told many stories of intensive search and rescue missions that he accomplished with crews on motor lifeboats and the USCGC Point Bonita.

In 1991, David was recruited by Johnson & Johnson in Jacksonville, FL and had a fulfilling 23-year career at Vistakon, now J&J Vision.  When he retired in 2015, he had attained the esteemed title of Johnson & Johnson Engineering Fellow.

David was the epitome of the Engineer’s Engineer.  He had a unique combination of talents that gave him the ability to envision the future, conceptualize a design that satisfied his vision, lead a team of engineers to bring the concept to fruition, and - most important to him - have fun along the way.  His many innovative achievements will forever impact the landscape of J&J Vision.  He will be most fondly remembered by his friends and colleagues not just for his engineering talents, but for his leadership and mentoring abilities, as well.  David was never too busy to listen to or to help a young engineer or technician.  He wanted everyone to have the chance to attain the high level of accomplishment that he himself had worked so hard to reach.

Outside of work, David had a variety of interests which he enjoyed to the fullest: astronomy, auto-racing - especially Formula 1, cheering for New England sports teams, fishing, golfing, sailing, traveling via cruise ship and visiting Walt Disney World.

Greater than his passion for engineering and his hobbies was his love for his family.  He is survived by his loving wife of 32 years, Mary (Mastalerz), his daughter Marilyn who he was so very proud of, his sister Liz Clark (James) of Sacramento, CA, two nephews, Joshua and Noah, and his best friend of 40 years David Spiewak (Janet), who he always thought of as the brother he never had. His extended family of cousins, in-laws and friends will miss him dearly.

A Funeral Service will be held on his birthday at 10:00 AM, Monday, October 7, 2019 in Quinn-Shalz Funeral Home, 3600 Third Street South, Jacksonville Beach, FL 32250, followed by burial with military honors at the Jacksonville National Cemetery. In lieu of flowers, donations may be made to the BCC Engineering Alumni Scholarship Committee, Inc. and/or the Gary Sinise Foundation.