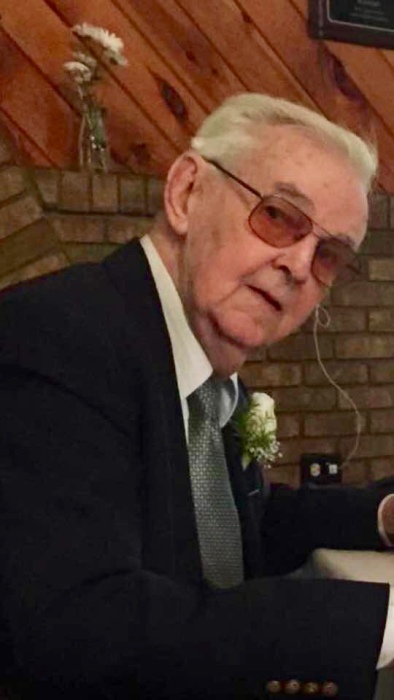 Daniel McHugh passed away peacefully on Friday January 17, 2020.  He grew up in Brooklyn, New York and ultimately settled in Jacksonville, Florida.

As a young man he joined the Military and served 20 year receiving an honorable discharge. He continued to work another 10 years with Mobil Oil. He was rewarded many medals including a Good Conduct Medal, National Defense Service Medal, another Good Conduct Medal (sixth), Letter of Commendation (USS Belmont), Armed Forces Expeditionary Medal (Dominican Republic) and an Antarctica Service Medal. He then continued to work as a Security Guard at Hannah Park.

Daniel always held Christ close to his heart. He was a man who loved the ocean often saying he saw God when he was at sea. He was married to his love Frances McHugh for 57 years. He was the last surviving member of his family of 12 siblings and his parents Joseph and Marion McHugh. He leaves behind 5 children: Kathy Thomas (Randy), Anne McHugh, Daniel Paul McHugh, Patricia Aydelette (Todd) and James McHugh (Kara), 11 grandchildren and 12 great grandchildren.

A special thanks to the Anne & Donald McGraw Center for Caring for all they did to give him comfort, compassion and care during his final days.

A Mass of Christian Burial will be celebrated at 11am, Thursday, January 23rd in St Paul’s Catholic Church of Jacksonville Beach, with Father William Kelly as Celebrant. The burial will be at the Jacksonville National Cemetery at 1:30 pm. Reception to follow services.