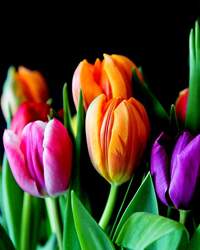 Claire Tucker Ennis, age ninety-four, passed way December 7, 2018. Claire was born on May 26, 1924 in Jacksonville to Jane and Finley Tucker of that city. She graduated from Bartram School in 1941 and attended Arlington Hall Junior College in Virginia. She married Bill Ennis, her husband of seventy-five years, on January 23, 1943 in San Antonio, Texas, where Bill had received his pilot’s wings. Claire was active in her church, teaching Sunday school for many years at Ortega Methodist Church and St. Peter’s Episcopal Church in Jacksonville. Claire was a member of the Junior League of Jacksonville, the Acacia Garden Circle, the National Society of Colonial Dames, and Huguenot Society.

In 2000 Claire and Bill moved to Vicar’s Landing in Ponte Vedra Beach where they joined Christ Episcopal Church. After the death of her husband in January 2018, Claire moved to Arbor Terrace Ortega in Jacksonville.

A memorial service will be held in the sanctuary at Christ Episcopal Church, on Monday, December 17, 2018 at 11:00am.