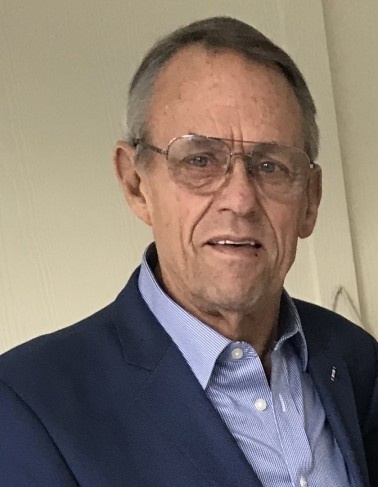 After graduation from Monroe Woodbury High School, Brett went to college at Emory University in Atlanta. He graduated from college in 1964 and from Emory Law School in 1966.  As a college student, Brett lettered on the Emory University swimming team and swam the butterfly.  He was also a member of Sigma Chi fraternity.

During his final year in law school, he became the Legislative Assistant to the Atlanta delegation to the Georgia House of Representatives and when the legislative session ended he became a law clerk to the Attorney General of Georgia. After passing the bar exam in May, he became an attorney in the criminal division of the Attorney General’s office and argued his first case before the Georgia Supreme Court the afternoon following his graduation from law school that morning.

In the summer of 1966 he volunteered for duty in the United States Navy and started his service in September 1966. He was commissioned the following February and reported aboard the U.S.S. Vesole (DD-878). He spent several months of specialized training including helicopter training and then started active service in the North Atlantic including several months with NATO. He later took the position as Chief Staff Officer for Destroyer Division 362 then operating in the Tonkin Gulf and South China Sea in the Vietnam theatre. In 1969, he transferred to the Naval Reserve and became Assistant Attorney General of Georgia.

After leaving the Georgia State Law Department in 1971, he practiced law in Swainsboro, Georgia for over thirty years. While building his law practice, he was also an adjunct professor of criminal justice at East Georgia College for 8 years.  In 2003, Georgia Trend picked Merrill as one of the 150 “Most effective Lawyers in Georgia” primarily for his Chapter 11 bankruptcy work.

He continued in the Naval Reserve having several commands including the U.S.S. Davis (DD-937) unit which won the Gilmore Trophy for best Naval Reserve Unit.  Merrill retired from the Navy as a Captain in 1994 with 28 years of service. He was awarded the Defense Meritorious Service Medal for his service during the First Gulf War, the Navy Commendation Medal for service in Vietnam and the Western Pacific, the National Defense Ribbon, the Vietnam Service Ribbon and the Naval Reserve Ribbon.

While living in Swainsboro he held several community and church positions including President of the Swainsboro Rotary Club and mission chairman of The First United Methodist Church (over 25 years). He led numerous mission teams to the Central American countries of Belize and Costa Rica and recently has spent many weeks working with Faithful Servant Missions, an educational mission in San Ramon, Costa Rica. He ultimately retired to Ponte Vedra Beach, FL where he was an active member of the Ponte Vedra United Methodist Church.  In addition to his work with mission teams, for many years he led a group in assisting in the Food Kitchen serving the poor and homeless in Jacksonville Beach.