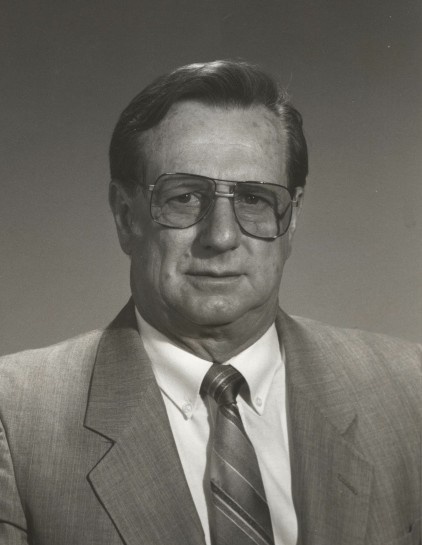 Charles F. Austin, 85 years old, devoted husband to Margaret Mary (Margie) for over 60 years, passed away August 30, 2019.   He was born on June 11, 1934, in Brooklyn, NY. In his younger years, he loved to play a variety of sports including baseball, basketball, stickball, handball and later in life, racquetball. He worked various odd jobs and later graduated from Brooklyn Prep High School and Fordham University.

As a United States Marine Corps aviator, he served on active duty from 1955 to 1959.  After flight school, he flew both airplanes and helicopters, and he told many stories of the dangerous situations that could have easily taken him earlier in life.  He remained in the Marine Reserves and retired as a Major in 1975.

After completing his active duty service in 1959, he joined United Parcel Service, starting as a temporary package loader over the Christmas holiday. He worked his way through the ranks and retired as Vice President of Human Resources in 1989. His assignments spanned the United States and Europe, taking him and his family from New York to Chicago, Los Angeles, and finally UPS headquarters in Greenwich, Connecticut. After retirement, he and Margie enjoyed traveling and seeing the world. He was a resident of Ponte Vedra Beach, FL since 1989 and was a parishioner of Our Lady Star of the Sea.

A Mass of Christian Burial will be celebrated at 11:00 AM, Saturday, September 14, 2019 in Our Lady Star of the Sea Catholic Church with interment at Arlington National Cemetery, VA at a later date.

In lieu of flowers, donations may be made to: