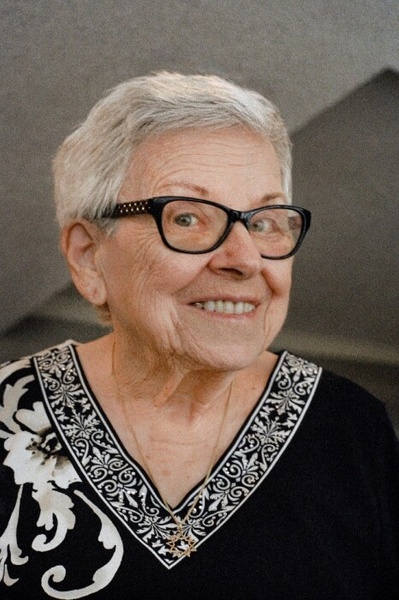 Cecile Madeleine Peffer Bigatin, 86, passed away on Sunday, September 13, 2020. Born in Schifflange, Luxembourg in 1934, she was the youngest of the six children born to Viktor Peffer and Catherine Jungers.  Cecile was a rambunctious child when Germany invaded Luxembourg in 1940.  She remembered how the tanks shook the ground as they rolled through.  After the death of her father and the hospitalization of her mother, she grew up under the care of her older sisters, Marie-Therese, Agnes and Helene.

Ever since helping to operate the Peffer family grocery store with her sisters in post-World War II Luxembourg, Cecile has had the entrepreneurial spirit.  After marriage in 1955, to Duilio Bigatin, Cecile and Duilio operated their own small grocery store in Luxembourg while Duilio trained to become a Master Chef.

After making a bold move from Luxembourg to America in 1962, Cecile and Duilio lived in Chicago, Montego Bay Jamaica, and Miami FL before settling in Savannah GA.  Along the way, Cecile applied her business skills to many ventures such as:  managing a guest house, owning and refurbishing rental property, operating a Minute Man Press franchise, becoming a hair stylist and teacher.

Cecile was a dedicated and active Member of the Bahá’í Community of Savannah GA.  Her hobbies were always productive.  Cecile crocheted non-stop, producing hats, scarves, sweaters, blankets and shawls for family and friends as well as teaching crochet at the senior center.  Her passion for gardening yielded food for the family table as well a surplus for friends and neighbors.  She even sold grapefruits from her backyard, “Garden of Ridvan” to the Brighter Day Grocery Store.  She volunteered to give haircuts at the local missions.  As a proud resident of Baldwin Park she actively participated in the community meetings.  She was also a novelty collector who could be seen trading at flea markets around the city.

Cecile was independent, clever, humorous and an energetic free spirit.  She knew what was right and always made the best of whatever life presented her.  Always smiling, she was a dynamic force within the Bigatin family.

Cecile moved to Florida to be with her family for her last years and will now return to be with Duilio at the Bonaventure Cemetery.

Cecile will be buried Tuesday, September 15, 2020 at the Bonaventure Cemetery, 415-B Bonaventure Rd, Savannah, GA 31404. Due to the Covid-19 Virus, the funeral will be handled privately with a memorial service to be held at a later date to be announced.  In lieu of flowers, please consider a contribution in Cecile’s name to: Community Hospice (nonprofit), 4266 Sunbeam Road, Jacksonville, FL 32257, https://www.communityhospice.com/.