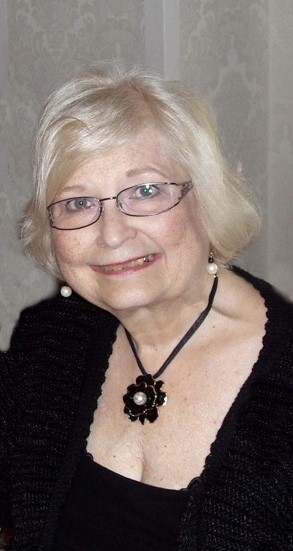 Carol Ann Whitlock O’Neil (78) passed away at the Memorial Hospital Heartland Hospice in Jacksonville, FL, Feb. 23, 2021.  Carol was born Oct. 30, 1942, the only child of Alice E. Whitlock & Chester G. Whitlock, Springfield, IL.  Her father was a renowned chemist & was one of the first inventors/producers of artificial sweetener, including his brand “Superose.” After being selected as high school co-valedictorian, she attended Washington University, St. Louis.  Graduating Phi Beta Kappa, Carol went on to excel at New York University Law School, graduating in 2 1/2 years & was a research editor of the Moot Court.

Carol [JO1] relocated to California in 1966 & passed the California State Bar Exam on her first effort.  She joined a law firm in San Diego & later met her future husband, Ensign John E. O’Neil, Jr., USN, at the singles only apartment complex - The Carousel.

Carol accepted an offer from a LA law firm & moved to the Hollywood Hills near the iconic Hollywood Bowl.  She was the attorney for the estate of Jimmy McHugh the famous song writer.

Carol & John communicated by letters during his year-long Navy shore tour in the Republic of South Vietnam.  John returned in March 1969 and later in July, he asked Carol to be his wife while driving in an un-airconditioned Ford Maverick from Norfolk, VA over to Williamsburg, VA!

Busy at her law firm, Carol arranged her relocation to Newport, RI, where they married on Feb. 13, 1971. They honeymooned in St. Croix, USVI.  John gave Carol a tiny Siamese kitten whom she named her Kitsa II, after her childhood cat, & they were fast companions for 18 years.

Carol loved to travel & joined John in Athens, Greece & followed his ship from port to port in the Mediterranean beginning in Feb. 1972.

They welcomed infant John III in the deep winter cold of Newport on 1 Nov. 1972.  Carol then got her family ready to relocate & drive to Long Beach, CA in early 1973.  In July, John was reassigned to his third Navy ship this time out of San Diego!  John had to fly to Guam to catch the ship, leaving Carol to relocate the household on her own.

In July 1975, Navy orders took them back across the country for a four-year Navy shore assignment in Northern VA.  Carol enjoyed raising her baby & cat, traveling across the United States & being close to John’s family who still had three kids at home.

Daughter Kelly Kathleen was born in Feb. 1979.  Carol moved her family to Virginia Beach, VA in July into another new home.  This “18-month tour house” lasted for 10 years while supporting John on five more ship tours of duty.  She was a terrific leader in the wives’ groups during John’s ship tours.

Carol moved her family back to Northern VA for two shore assignments & then back to Virginia Beach.  Carol was an advisor to the Amphibious Officer’s Wives Club, Navy & USMC Relief Society, the American Red Cross, & the base library support group.  In late Nov. 1998, John & Carol’s Navy life ended with retirement & one last move to Jacksonville, FL.   Her two children John III (Crystal) & Kelly (Paul Talbot) have been wonderful.

Carol thoroughly enjoyed her 50 years with husband John & her cats!  Her favorite sayings were: “God Knows She Tried!” and “If you can read, you can cook!”  Navy life was a challenge, but Carol was an exceptional lady & wife for John, a super mother to her extended family and cats.  Carol was predeceased by her mother, father & an infant son.

A viewing will be held on 10 March from 5-7 pm at Quinn-Shalz.  A funeral mass will be held at St John the Baptist Catholic Church, Mayport Road on 11 March at 1100 followed by a reception.  The family appreciates the gracious & sensitive care of the Memorial Hospital ICU staff.  Please consider a donation in lieu of flowers to the Jacksonville Humane Society or the Jacksonville Zoo.  Interment will be in the Jacksonville Veterans Cemetery on 12 March at 1130.