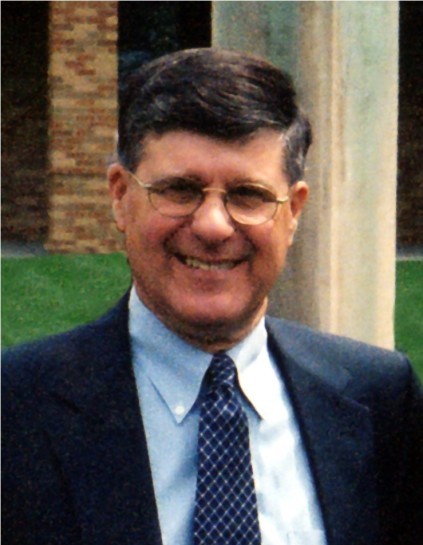 Carl was born on October 2, 1940 in Chicago, IL to Walter and Anne Krouch. He grew up with two sisters and graduated from Riverside High School in 1958. Carl received his undergraduate degree from the University of Wisconsin, Eau Claire and a Master in Science in Systems Management from Central Michigan University. Carl, a retired Captain, United States Navy, served his country for over 30 years in a variety of roles including multiple naval amphibious ship deployments, culminating as the Commanding Officer of the Naval Reserve Personnel Center in New Orleans. Following retirement in 1996, Carl worked in Marketing at Fleet Landing Retirement Community for 10 years.

In December, 1969 Carl married Phyllis Jean (nee Nelson). Carl and Phyllis lovingly raised three children, frequently moving around the United States as tours of duty were assigned. By example, Carl taught his children the values of integrity and discipline while maintaining an optimistic outlook and wonderful sense of humor. His children have striven to emulate his kindness, devotion to family and his joy for life.  In Carl’s free time, he could be found running, biking or playing golf or tennis and passed his love of sports onto his children and grandchildren. A born teacher and coach, Carl taught them mental toughness and sportsmanship. The highlight of the year for Carl’s grandchildren was to gather at his home at Atlantic Beach, FL, where Carl lovingly and devotedly spent time bike riding to the coffee shop, driving to Disney World, playing golf at Palm Valley Golf Club and swimming at the beach. At night, the family enjoyed a good meal, with lots of stories, banter and laughter while occasionally extolling the art of making a good martini.  He was the Best Man in both of his son’s weddings.

Carl was a wonderful friend and never turned his back on someone in need. He spent time involved in the Kiwanis Club, Optimist Club and Beaches Habitat for Humanity. Carl was a die-hard Florida Gators, White Sox and Cubs fan, a funny dancer and enjoyed reading and visiting libraries, listening to country music and telling stories with friends. He had a long-standing relationship with God and was blessed by his faith.

Carl spent the past eight years battling Familial ATTR Amyloidosis, however, his determination and willingness to fight for life was never diminished as his physical capabilities declined. Carl will be missed by all who knew him.

Carl is survived by his wife Phyllis (nee Nelson), his three children, William (Sarah) Krouch of Kennebunk, ME, Robert (Michelle) Krouch of Eagan, MN, and Elizabeth (Lynette Nuding) Krouch of Indianapolis, IN and his six grandchildren (Andrew, Conor, Brendan, Anslee, Cole, Nolan and Jaycee).  He is also survived by his sisters Cathy Buyer of La Grange, IL and Nancy (Jim) Managlia of Port Lucie, FL and many nieces and nephews.

In lieu of flowers, the family asks that donations be made to the Indiana University School of Medicine Amyloidosis Research and Education Gift Foundation, Van Nuys Medical Science Building 635 Barnhill Dr, MS 128, Indianapolis, IN 46202 (Include on memo line: IUF-ACCT:0320002916).