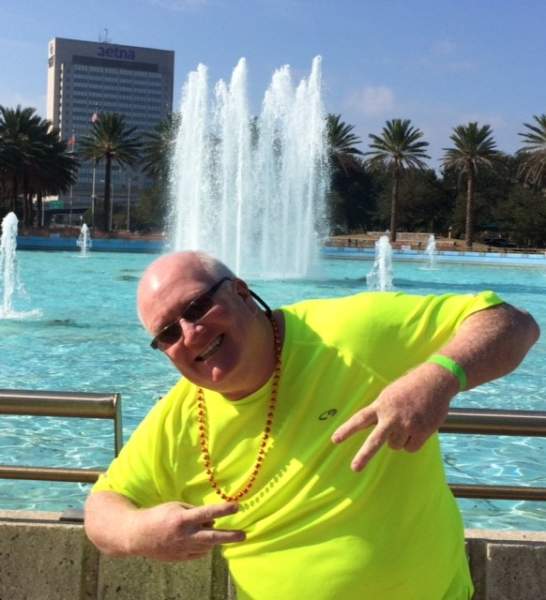 Bradford Scott Lee Reeder of Jacksonville, Florida, passed away at the age of 57 on September 6, 2020. Brad was born in Chicago, Illinois on April 29, 1963 and was raised by his loving parents in Milwaukee, Wisconsin.  Brad lived in many places during his life including McLean, Virginia, Dallas, Texas, Georgetown, Washington D.C. and Kansas City, Missouri before moving to Jacksonville, Florida in the mid 90’s.

Brad worked in the IT field for over 30 years and installed countless computer/network systems and fiber technology.  Earlier this year, he took a job to travel to nursing homes in various parts of the country to work on their network systems so they could communicate with their loved ones.  He was well-liked by his current employer, Sissine’s Office Systems, where he worked as a manager of network operations in the call center.

More than anything, Brad loved his two children, Lucy Rose and Patrick Baer.  He wrote songs for them when they were young and always told them how proud he was of them.  Brad loved the ocean and beach life and moved to the beach in 2000 so he could be close to his mom.  When the kids were young, he often enjoyed watching the sunrise with Lucy while letting Patrick sleep in so they could later play matchbox cars and video games.  Brad learned to cook from his father and mother who were both excellent cooks.  As the kids grew into adults, they each learned great cooking skills and a love of “good food” from their dad, and Brad and Lucy continued to watch the sunrise together.

Brad valued family and friendship and was especially close to his mom who lost her brave battle to cancer in 2018.  He loved his parents, brothers, aunts, uncles, cousins, nieces and nephews and the many friends he made throughout his life.  He dearly loved his wife Kim, who he married in 2005.  He also had a good and loving relationship with his first wife and was thankful that we could all celebrate holidays and birthdays together with the kids.

Brad was intelligent and kind and spent countless hours giving back to his community through service work to include feeding the homeless, the annual Children’s Christmas Party of Jacksonville and the Out of the Darkness Walk for suicide prevention, for which he had a great passion.  Brad taught the kids to always reach out to the new person in a group and make them feel welcome.  As a child/teen, Brad would protect kids that were being bullied and told the kids if someone is mean to you that means they are not happy themselves and the most important thing is to be kind.

Brad had an eclectic taste in music ranging from Vivaldi to The Beatles.  He was passionate about reading and loved to go scuba diving during lobster season in Key West.  He would always bring back enough lobster for a great family dinner to celebrate Lucy’s birthday.  Brad loved football and would often be in 2-3 Fantasy Football leagues each season.  He shared his love of football with his brother Kevin.  Brad felt blessed that their mom was able to send them to two Super Bowl games.  Brad often said, “I think mom was as happy sending us to the games as she would be attending them” - it was no secret where Brad received his giving spirit, love of life and his beautiful smile.

When we think of Brad, we remember his fight to overcome great difficulties, his wonderful gift of friendship to so many, his love of life and family and his delightful sense of humor.

Unfortunately, due to the current pandemic and restrictions on attendance, the family will update this website and get word out to family and friends once we are able to plan a Celebration of Life for Brad that will honor his memory.

In lieu of flowers, donations can be made to The American Foundation for Suicide Prevention at https://afsp.org.