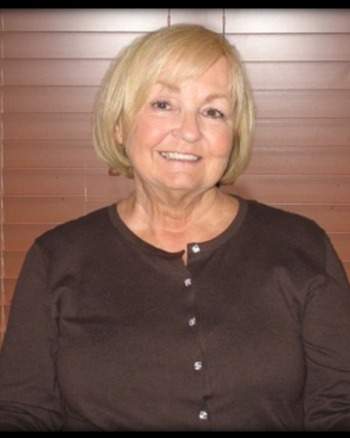 Betty Ruth (Martin) Clancy, 79, of Jacksonville Beach, Florida, beloved wife of Chief Warrant Officer (CWO-4 BOSN) Edward F. Clancy, Jr., U.S. Coast Guard, (Ret.) - her best friend and the love of her life for over 50 years - passed away on Wednesday, 7 September 2022, at home after a long illness with her husband at her side holding her hand.

Betty was born on Saturday, 12 December 1942, at 5:17 a.m. in a house at 1110 Haubert Street in Baltimore City’s Locust Point neighborhood to the late Edna Lucille (Carper) Martin and Virgil Clifford Martin.  Although it was winter it was neither raining nor snowing that day and the temperatures ranged between 34 to 46 degrees, however, as you all know, Betty hated cold weather (one of the reasons we moved to Florida!) and it was a blessing that she arrived when she did because one week later the weather changed for the worst when 3 inches of snow accumulated and temperature was between 4 to 25 degrees.  Did Betty have a premonition about the future weather and decided to come early?  Probably not, but who knows for Betty was quite the determined lady.

As a child she played on the grounds of nearby historic Fort McHenry and grew up in Locust Point and other areas in Baltimore, obtained her education through the Baltimore City school system, and progressed from early childhood to adulthood in that city.  Many people are unaware that she had the unique distinction of appearing and dancing on the “Buddy Deane Show,” a live rock-and-roll dance show that was televised from Baltimore, MD in the late 1950s that predated Dick Clark’s “American Bandstand” broadcasted from Philadelphia, PA.  She was very talented and won several dance contests. and many years later still remembered all the steps she learned to popular songs that she had mastered in her teenage years.  She was always the life of the party, had an infectious smile and personality, and taught others the dance sequences she learned many years previously.  I know from personal experience how good a dancer Betty was because I could never keep up with her while dancing together no matter how hard I tried; Betty felt the music, I didn’t.  Betty appreciated a wide range of music – from 1950’s “Doo Wop” to the Beatles and beyond, and a little known fact is that when she was a teenager she saw Fats Domino in a live open air concert in Baltimore during the late 1950s and years later attended a live Beatles – the “Fab Four”  -  performance at a private party in a Washington -  D.C. nightclub.

During her early adulthood she worked for various companies in Baltimore and eventually became a claims adjuster for a company that specialized in union contract benefits.  It was here that Betty met her future husband and the love of her life - Eddie - on a blind date in May 1972.  Shortly afterwards, Betty gladly ended her promising career, and after a whirlwind romance she willingly left her employment and she and Eddie drove across country on historic Route 66, making numerous stops along the way to view the various attractions.  Shortly after arrival they were married in San Leandro, California, just south of San Francisco, on 17 November 1972, and started a loving relationship that lasted 50 years.

Throughout their time together Betty endured frequent moves necessitated by military transfers, including San Francisco, CA; Honolulu, HI; Cape May, NJ; Charleston, SC; Glen Burnie, MD; Honolulu, HI (a second time); and finally, Pasadena, MD when Eddie retired after 30 years of active service.  After retirement they moved to Ocean City, MD and resided in the resort for 6 years before they moved once again to Jacksonville Beach, FL in August 2003.

Betty fell in love with Florida, especially Jacksonville Beach, and treasured her walks along the shoreline where she discovered and picked up many sea shells, marveled at the dolphins swimming close by offshore, viewed the comical pelicans as they dove head first into the ocean for a bite to eat, felt the smooth rushing water as it washed over her feet during her walks, and afterwards sat down next to Eddie in a lounge chair at the water’s edge at every opportunity she had.  Betty also loved to travel throughout Florida and elsewhere and had a softness in her heart for all animals, especially cats, who kept the two of us company for many, many years.

Memorial services will be held at a later date in Baltimore and interment with graveside services will be at a time to be determined in Arlington National Cemetery, Arlington, VA.   Relatives and friends are welcome at the memorial services and the internment once determined.  In lieu of flowers, the family requests that donations be made to:  The Baltimore Animal Rescue and Care Center, 2490 Giles Road, Baltimore, MD 21225, (410) 396-4695

Betty was the love of my life, and to express my love I quote the following from an unknown source:

I remember the day I met her, and the day she became mine.  I remember the day God took her and I will until the end of time.   We made our vows together, until death we do part, but the day God took you from me my whole world fell apart.  Sometimes I think I am dreaming for I cannot believe it is true that I can go on living when I no longer have you.  The memories of the happy years when we were together, the joys, the tears, the love, the fears will stay with me forever, and when I am sad and lonely and everything goes wrong, I seem to hear you whisper, “cheer up and carry on.”  Each time I see your pictures you seem to smile and say, “don’t cry I am only sleeping, we will meet again someday.”

Betty was the love of my life, I was fortunate to have her as my loving companion for over 50 years, and I will miss her every day I have left in my lifetime.  Betty, I love you forever and ever and one day we will meet again.   Love, Eddie, your husband and your best friend,