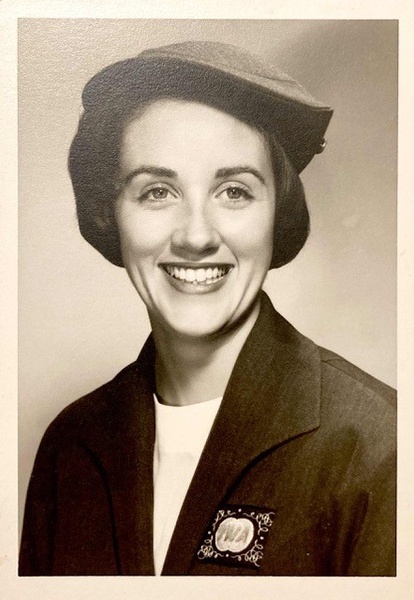 After graduating from Avenworth Highschool in 1956, Barbara attended Thiel College where she became a sister of the Gamma Sigma Chapter of Alpha Xi Delta Sorority.  After college, Barbara joined Trans World Airlines as a flight attendant/hostess in 1961 and moved to California.  She remained with TWA until she married Norman Richard “Dick” Hosking in 1966.  Barbara and Norman had one son, David Richard Hosking in 1970.  Barbara was active in several civic organizations in Saratoga, CA including the TWA Clipped Wings where she served a term as chapter president.

In 1978, the family moved to Brookfield, CT where Barbara became an active member of the PTA, The Brookfield Historical Society and was also active with the Newbury Congregational Church.  She was an avid Bridge player and a member of several Bridge clubs.

In 1995, Barbara moved back to California and rejoined sorority life as a house mom to the Delta Gamma Sorority at University of the Pacific then the Kappa Kappa Gamma Sorority at UC Santa Barbara.  Barbara eventually moved to Florida to be closer to her family.  Barbara spent the last ten years in the Fleet Landing community where she enjoyed the many friendships through the years.

Barbara is preceded in death by her mother, father and former husband.  She is survived by her son and daughter-in-law: David and Kimberly, her brother: Donald, her niece and nephew:  Heather and Bill and several cousins.

A celebration of Barbara’s life will be held 3:00 Friday, April 30th, 2021 at Quinn-Shalz Family Funeral Home, 3600 Third Street South Jacksonville Beach, FL 32250.  A second celebration for her Fleet Landing family will be held in May, time and date to be announced soon.

In lieu of flowers, donations may be made in her name to the Salvation Army or The Wounded Warrior Project.