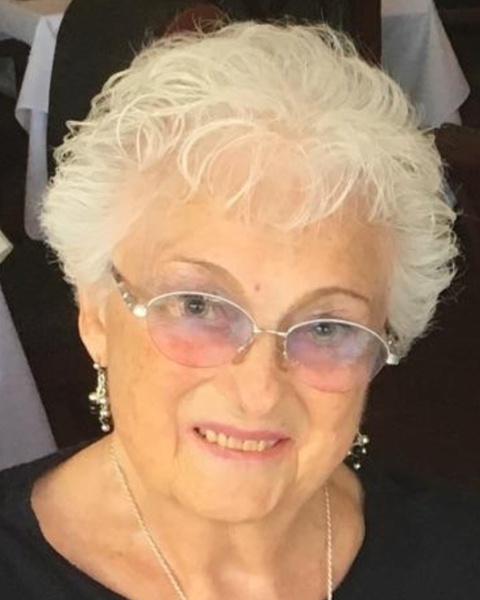 Barbara Ann Ferguson, passed away on September 22, 2022, in Jacksonville, FL. She was born Barbara Ann Eisenmann (Miller), on September 28, 1931. She was raised on “The Hill” in St. Louis, MO, during the Great Depression. Her young life was tough, but it helped shape her in a positive way.

Preceding her in death was the love of her life, Robert (Bob) Earl Ferguson, also of St. Louis. They were married on August 20, 1949, at St. Ambrose Catholic Church, and relocated to New Orleans shortly thereafter. Bob was transferred to Jacksonville, FL, in 1951, where they resided for the remainder of their lives.

Barbara was the Administrative Assistant to the Equitable Insurance Company’s Jacksonville Sales Manager for 25 years, and raised her two daughters, Deborah Ann Rentfrow, who preceded her in death on July 16, 2021, and Lynn Patrice Petry, who resides in Jacksonville.

Barbara loved bowling, golf, bocce and playing competitive bridge. She was a loving and devoted wife and mother, always available for her family. She is survived by her daughter, Lynn; her five granddaughters: Janelle Cox, Teri Green, Lana Petry, Lacie Petry and Leslie Petry; as well as eight great grandchildren. She dearly loved her family, which includes her sons-in-law, William (Bill) Rentfrow and Joseph (Joe) Petry. She will be truly missed by us all!

May she rest in the loving arms of her Savior, Jesus, for eternity!

A Celebration of Life will be held at Quinn-Shalz Family Funeral Home in Jacksonville Beach on Wednesday, November 9, 2022, at 2:00 p.m., officiated by Father William Kelly. At a later date, Barbara will be interred alongside her beloved Bob at Arlington National Cemetery.