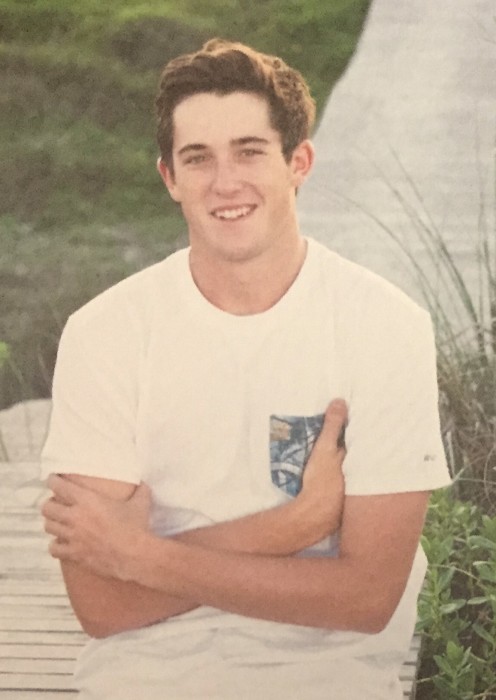 Austin was born and raised in Atlantic Beach, Florida.  He graduated from Fletcher High School and attended Flagler College in St. Augustine, Florida.  He was a gifted athlete who grew up playing baseball at Jack Russell Park in Atlantic Beach and playing golf at Selva Marina Country Club.  He played on the baseball and golf teams at Fletcher and lettered in golf twice.  He also loved to surf and had the opportunity to surf many wonderful places like Costa Rica, Nicaragua and all over the state of California.  He also loved to travel and was able to see some beautiful places in the U.S. and overseas.

Austin is survived by his mother, Maria Healy and his step-father Grant Healy, his father, Scott Nicholson and his step-mother Chris Nicholson.  He also is survived by his step-sisters, Lisa Healy and Lindsey Callaway, his step-brothers Josh and Chase Block and Andrew Puttbach and his aunts and uncles, Kelly and Chuck Cianciolo, Tim and Lisa Nicholson, Marybeth and Fred Leamer, Renee and Dave DeBar and many cousins, nieces and nephews.  A special thanks to Miranda Peters, Austin’s girlfriend who brought so much joy and happiness to his life.

Austin struggled the last few years with anxiety and addiction.  We didn’t understand it, but we helped Austin fight it.  Finally, Austin could not fight it any longer.  Satan might have stolen his body, but he could not steal his soul.  He is in Heaven with his brother Lance and his grandparents.  Addiction is an abominable disease and drains the life from all it touches.

We want to honor Austin and give hope to families who are navigating addiction especially behind closed doors.  It is too big and hard to face without hope.  Our family was assisted by several organizations.

In lieu of flowers, contributions can be made to: Al-Anon and Alcohol Anonymous or Church of Eleven22.

A Celebration of Life service will be Monday, July 15, 2019 at 11 am at the Church of Eleven22 off San Pablo and Beach Blvd., Jacksonville, Florida.