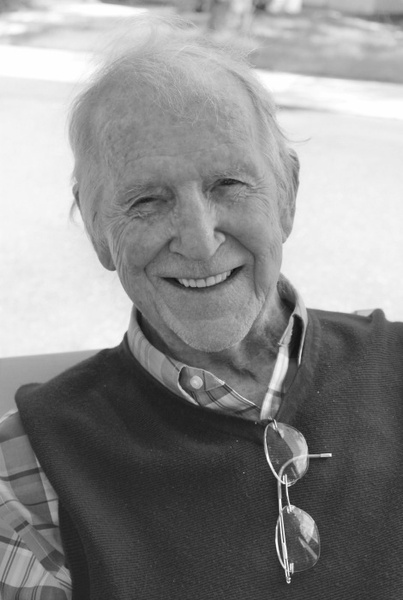 Arthur Jenkins Hendley, age 87, passed peacefully into eternal life on March 6, 2022, in Amelia Island, FL with family by his side.  He was born in Baltimore, Maryland to Arthur H. Hendley and Ann Jenkins Hendley.  Art (also called Bobby by family) graduated from Baltimore Polytechnic High School then accepted an athletic scholarship to Gettysburg College in Pennsylvania. He graduated in 1957 with a degree in economics and business and was commissioned into the U.S. Air Force.

Art was a talented athlete playing football, baseball, and basketball in high school and college.  He was named to the 1952 Baltimore All-City baseball team which also included Al Kaline. At Gettysburg, Art set the record for single-game RBIs at 8, which still stands. When asked which was his favorite sport, he always replied “whichever I was playing at the time.”

While at Gettysburg, he was a member of Phi Gamma Delta and USAF ROTC.

His highlight of college was meeting his lifetime love, Jane Bannister. They married after college and Art was commissioned into the US Air Force stationed Montgomery, AL where he served on active duty for 2 years. He then went to work in sales for DuPont, living in Greensboro, NC and Atlanta, GA. During that time, he continued to serve in the Air Force Reserves for 11 years until being discharged at the rank of Captain.

In 1968, Art accepted a sales position with Murray Biscuit Company in Augusta, GA. After briefly living in Augusta, the family moved to Aiken, SC where they participated in much of what the area offered. Art coached little league baseball, attended football & basketball games, horse shows, and dance recitals. He had taken up golf after college and loved being a member of Palmetto Golf Club winning tournaments with his partner Jutson Fulmer.  His love of the game and wanting to help young players develop inspired him to lead the effort in creating the Southern Cross High School Golf Invitational in 1975. Art always did things in a big way so the tournament had teams from across 4 states, Masters-style leaderboard, banquet with a DJ and music, and 60 high school hostesses to help with scoring and transporting the players from their host homes. In later years, he loved seeing the names of PGA Tour players that had played in the tournament.  The tournament still continues, now run by the Southern Cross Sertoma Club and Palmetto Golf Club.

After rising to Director of Sales and Marketing at Murray Biscuit, Art decided to form his own food brokerage business which was successful for 35 years. Art loved selling and the friendships he made along the way. Luckily, Jane took care of all of the other details in running the business until she passed in 2015.  They made a great team in all aspects of business and life.

Art grew up in the Lutheran Church. He was a member of the First Presbyterian Church in Aiken. Later, he enjoyed attending a variety of churches across different denominations.

Art truly never met a stranger. He had his own sense of colorful style and mischievous sense of humor. While taking great pride in his children’s & grandchildren’s accomplishments, he always encouraged them to strive for more. That applied to almost anyone with whom he struck up a conversation. He had a strong faith attending a variety of churches in later years. In addition to family and faith, he loved his alma maters, dogs, peppy music, and of course, ice cream.  Even while living with a type of dementia, he continued to be positive and appreciative.

He was predeceased by his parents, sister Barbara Hendley, and his beloved wife of 56 years, Jane Bannister Hendley.  He is survived by his son Wes Hendley (Karla), daughter Tama Caldabaugh (K.C.), grandchildren Robby Hendley (Samantha) and Katherine Hendley McCoy (Matt), and 2 great-grandaughters. He will be especially missed by his special friend Barbara Ellis. The family will have a private celebration of his life at a later date.  We would like to thank the staff at Osprey Village and Community Hospice in Fernandina Beach, FL for their loving care.

Please share your condolences and favorite memories at www.quinn-shalz.com.  In lieu of flowers, donations may be made in his memory to the Southern Cross Sertoma Club Golf Tournament, 203 Club Villa Dr. West, Aiken, SC 29803; or the Orange & Blue Club Baseball, Gettysburg College, P.O. Box 423 Gettysburg, PA 17325 or www.gettysburg.edu/onlinegiving. Please reference “In Memory of Art Hendley”.