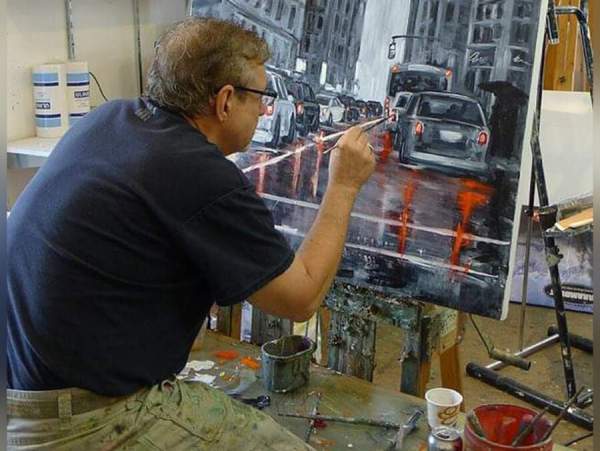 A. Paul “Tony” Filiberto, of Provincetown, MA and Jacksonville Beach, FL, passed away Wednesday evening, November 25, 2020, after an 11-month battle with Glioblastoma brain cancer. Born on September 22, 1948, to Anthony and Mary Filiberto, Tony lived the early years of his life in Amsterdam, NY, graduating from Wilber Lynch High School in 1966. At high school, he was known as “Firpo” and was the rugged starting tackle on the school’s varsity football team.

After high school, Tony attended and continued in football at Curry College in Milton, MA. After college, Tony settled near Albany, NY, and became the Director of Day Treatment and the Principal of St. Anne Institute, a non-residential school for girls with problem pasts. In 1981, he became Chief Operating Officer of Liberty Enterprises in Amsterdam, NY, a chapter of New York State ARC, serving the special needs population of that area. He is credited with making Liberty’s industrial division what it is today. He was the driving force behind the formation of their New Dimensions Health Clinic, and a key, in 1994, to the creation of the Foundation, an investment strategy to develop funding for the organization.

In 2002, Tony began painting art in his basement studio, developing artistic talents he credits to inheriting from his father. In 2006, he and his wife Kerry moved to Provincetown, MA, and proceeded to reinvent himself as a full-time artist. Along the way, he studied with Anne Packard, Joan Pereira, Rob Longley, and Joan Lord. Eventually he developed a style of his own, using palette knives and caulking tubes. There followed the successful opening of the Cortile Gallery and Cortile Gallery Artists’ Studios in Provincetown, and a 14-year career as an artist in one of the modern birthplaces of art in America. Tony was an active member of The Beachcombers in Provincetown, a collective of artists, writers, and musicians. Tony made a deep impact on the Provincetown community and on his many collectors worldwide.

Tony had a profound love of life and a passion for a diverse range of activities outside of art. He was a pool afficionado and could be found practicing daily on his regulation tables in his studios in Provincetown and Jacksonville Beach. He was an avid follower of the sport, participating in local leagues and attending national tournaments. He loved music of all genres, he played drums and trumpet, and could often be found as the last one to leave local music jams. He had a love for classic sports cars--his coveted Austin-Healey having won in competitive car shows and he was always searching for the next sports car of admiration, the Corvette Z06 having earned the last space of honor before his passing. He loved all professional sports and was an enthusiastic basketball fan. Literally, one could engage him in conversation on any number of topics and discover his passion for each. He lived life as fully as possible, never met a stranger, kept friends and family close to his heart.

Donations may be made in lieu of flowers to the A. Paul Memorial Fund: https://everloved.com/life-of/anthony-filiberto/