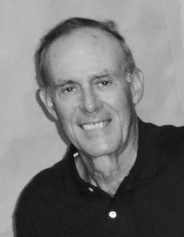 Anthony (Tony) F. DeLorenzo, 88, passed away peacefully at home, surrounded by his family on Wednesday, December 30, 2020.

The youngest of three children born to Italian immigrants, Tony grew up in Garfield, New Jersey. After graduating from Garfield High School, Tony served in the Korean War as a Corporal in the U.S. Army (38th Infantry) where he received six commendations for meritorious service. After being honorably discharged, Tony returned home where he met and married the love of his life, Mary Canning.

Tony went on to earn a Bachelor of Science in Education (1958) and a Master of Arts (1969) from William Paterson University. He began his teaching career in Hasbrouck Heights, NJ, followed by Northern Highlands Regional High School in Allendale, NJ. In addition to teaching math, Tony also dedicated time to coaching basketball, football and softball until his retirement in 1997. Tony’s commitment to service extended to the community in Park Ridge, NJ, where he and Mary raised their family. He coached Little League baseball, and for many years managed the Park Ridge Municipal Pool. Upon retiring, Tony and Mary relocated to Jacksonville, Florida.

A Funeral Mass will be held at Our Lady Star of the Sea Catholic Church in Ponte Vedra Beach, FL on Friday, January 8th, 2021 at 11:00 a.m. In lieu of flowers, donations may be made to Community Hospice and Palliative Care (communityhospice.com) or Triumph Over Kid Cancer (triumphoverkidcancer.org).