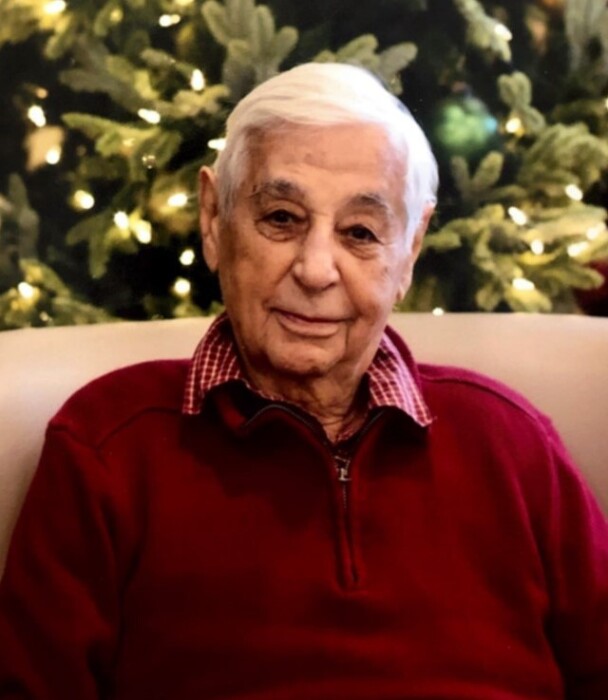 Anthony (Tony) L. Cipollina passed away peacefully on Sept. 14, 2020 in Jacksonville, FL at the age of 92. He was born and raised in the Bronx, NY where he met his beloved wife, Theresa "Terri" Spisany. They were married for 65 years until her death in 2012.

He joined the US Coast Guard in 1946 and was stationed in New London, CT on the USCGC Eagle. He then went to work for the William Wrigley Jr Co. in 1949 where he had a stellar and successful career until retiring as Senior VP of Sales in 1993.  He loved working in sales and was determined to further his career and so moved his family from the Bronx in 1961 to Emerson NJ and then onto Alexandria VA, Princeton NJ, Jacksonville FL and finally to Chicago IL until his retirement. Tony and Terri made their final move to Jacksonville, FL in 1993.

He graduated from Evander Childs High School in NYC in 1945 and later in his career went on to the Wharton School at the University of Pennsylvania and completed a course of study in marketing and management between 1980-1982 and the Graduate School of Business at the University of Wisconsin in 1983.

He was a devoted, kind and generous patriarch who loved his family dearly. He was a true New Yorker at heart and while growing up enjoyed all that the city had to offer including his favorite team, the NY Yankees.  He was an avid reader and history buff and he enjoyed dining out, traveling to Italy and entertainment of all kinds, especially sporting events.

A Memorial Mass will be celebrated in St. Paul's Catholic Church of Jacksonville Beach.

In lieu of flowers, donations may be made in his memory to the Alzheimer’s Association @ alz.org.