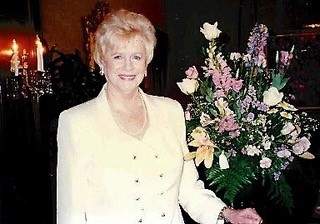 Anne was born in Palm Beach, Florida September 25, 1925, to Mercer Price Treadwell and Beatrice Adelaide Treadwell. In high school her family relocated to Auburn, Alabama where she met her future husband William (Bill) Blackburn. Anne received her education at Auburn University where she was a proud member of the Alpha Delta Pi sorority.

In 1955 Anne began her career in social work in the state of Georgia. In 1959 she was appointed the Director of the Clayton County Department of Family and Children Services where she went on to become the State Director.  On October 16, 1988, the Chairman of Clayton County Board of Commissioners issued a proclamation declaring October 16, 1988 “ANNE T. PLANT DAY” and named the new Department of Family and Children Services complex in her name. Anne’s long list of professional accomplishments also include creating and serving as the first president of the Georgia County Welfare Association; Founder of the Rainbow House shelter in Jonesboro, GA.; and recognition by the Governor in the Georgia Legislature as a Lt. Colonel, Aide De Camp, Governor’s Staff in 1979. For forty years Anne was dedicated to providing services for abused and neglected children.

After retiring and moving to Wilmington, Anne joined the Carousel Center, where she continued her work in child advocacy. A travel enthusiast, she traveled the globe throughout her life to places like Europe, Russia, Africa and Egypt.  Anne loved history and was served as a docent at the Latimer House and was a proud member of the United Daughters of the American Revolution. In most recent years Anne was an active resident within the Carolina Bay community where she made many close friends.

No memorial service is immediately planned.  The family will notify loved ones in the future when a celebration of life is scheduled.  In remembrance of Anne’s life, the family asks that any charitable donations be made to Rainbow House, Inc. 879 Battlecreek Rd., Jonesboro, GA 30236 (www.rainbowhouseinc.org).