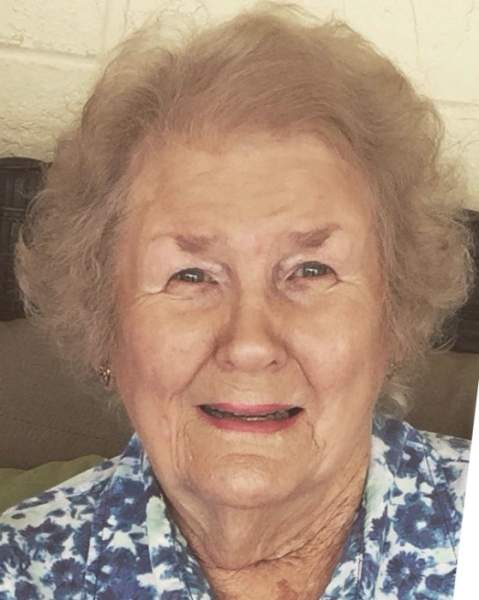 Ann Marie McCoy Wooten "Annie", 85, passed away peacefully surrounded by her loving family on Friday, December 14, 2018. Ann was born on September 21, 1933 in Jacksonville, FL to William H. McCoy and Thelma R. McCoy. A native of Jacksonville, she spent her childhood in San Marco. After raising her young family in the San Jose area, the family moved to Neptune Beach in 1973 where she was an active parishioner of St. Paul's Catholic Church in Jacksonville Beach.
Ann was married on January 23, 1954 to S. Paul Wooten, Jr, until his death in 1999. She attended Assumption Catholic Grade School, graduated from Landon High School class of 1951, and attended the University of Florida. She was very involved in the faith community at St. Paul's and was a Eucharistic minister, on the RCIA team, very involved with the Cursillo movement, volunteered at the soup kitchen, worked to help unwed mothers and those in crisis pregnancies, and was a member of a close-knit prayer group for over 30 years. She was full of life, laughter, and love, and spent her time with family, friends, and the church community and will be missed by all who love her.
Ann is survived by her 9 children: Paul Wooten III, Becky Jarboe (Jim), Greg Wooten, Emily Murphy (Shaun), Josh Wooten, Laura Lynch (Mike), Chris Wooten (Deanna), Jenny Calkins (Brett), and Ann Wooten; sisters Patsy Ashey, Tami Smith, Martha Burgess; 24 grandchildren; 11 great grandchildren; in laws Lance and Lyn Wooten, Sandy McCoy, Eileen McCoy; and many nieces and nephews. She is predeceased by her husband, Paul; her parents; and her brothers Billy, Edward and Johnny McCoy.
Visitation will be held from 5:00 p.m. to 7:00 p.m., Wednesday, December 19th, in the chapel of Quinn Shalz Funeral Home with a Prayer Vigil at 5:30 p.m. followed by the Rosary at 6:00 p.m. A Mass of Christian Burial will be celebrated at 11:00 a.m., Thursday, December 20th in St. Paul's Catholic Church with Reverend William Kelly as Celebrant. Interment will be in Oaklawn Cemetery at 2:00 p.m.
In lieu of flowers, donations can be made to Women's Help Center Jacksonville, 4209 University Blvd, Jax., FL 32216 (www.whcjax.com).