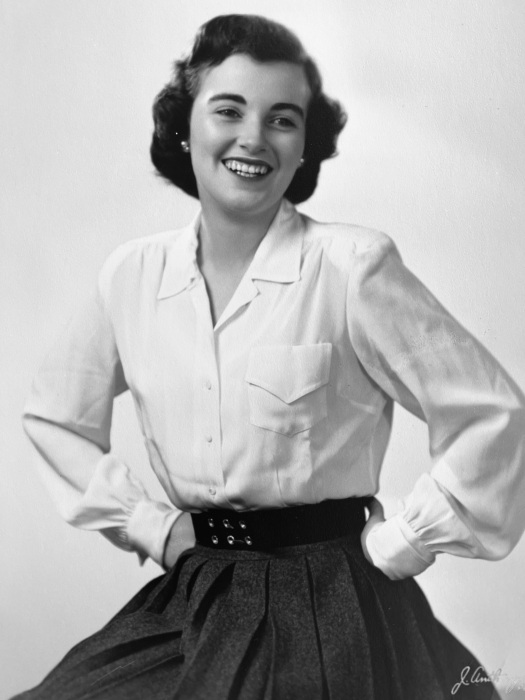 Ann Parker Smedberg passed away at Vicar’s Landing in Ponte Vedra Beach, Florida on January 15th, 2022 at the age of 88, surrounded by family. Born in Maysville, KY on April 24, 1933, she was the daughter of Dr. and Mrs. Harold N. Parker.  She graduated from William and Mary College with a degree in Education in 1955.

While teaching second grade in Arlington, Virginia she met the love of her life, Lt. William “Bill” Renwick Smedberg IV. They married in 1957 and Ann began her adventure as a Navy wife.  Bill’s naval career took them to Coronado, CA; Long Beach, CA; Newport, RI; Gaeta, Italy; Mons, Belgium; Norfolk, VA; Mayport, FL and multiple tours at the Pentagon and in the Washington D.C. area. She moved her family 13 times in 21 years.  Ann was the ultimate Navy wife, volunteering in every port, running the wives’ clubs, hosting galas and working at Navy Relief.  Bill retired from the Navy as an Admiral in 1982 after 31 years of service, and they settled in Alexandria, Virginia where Bill worked for 13 years as a defense contractor. They re-retired in 1995 to Ponte Vedra Beach to enjoy the Florida weather, golf and beaches with family and friends. “Mimi”, as she was known in Ponte Vedra, took joy in participating in countless rounds of golf with her husband, running the Altar Guild at Christ Church and cheering on her grandchildren at their many sports and activities over the years. She was a friend to all and will be dearly missed.

She is preceded in death by her parents and her husband of 51 years.  She leaves her daughter Susan Smedberg Hibble; son William Renwick Smedberg V and his wife Joanie; her grandchildren Annie Hibble Janoski (Jordan), James Parker Hibble (Meredith), Allison Smedberg, and Erica Smedberg Smith (Michael); her brother Harold N Parker Jr. (Judy); and many nieces and nephews and their families.

Ann will be interred in Arlington National Cemetery alongside her beloved Bill at a date to be determined. In lieu of flowers, donations may be made in Ann’s name to the Scholarship Fund at Vicar’s Landing or to Christ Episcopal Church, both in Ponte Vedra Beach, FL.