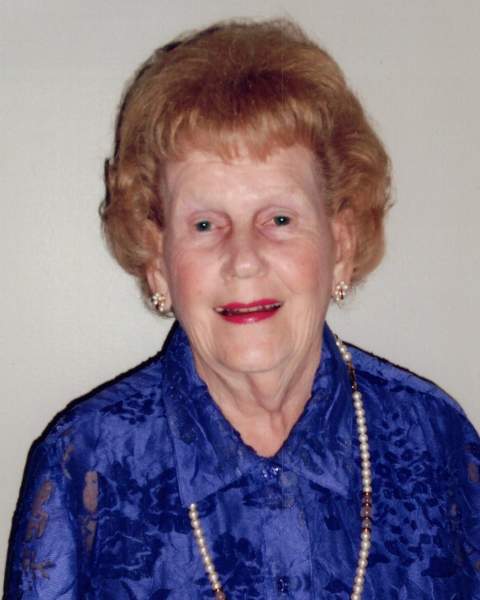 Mrs. Ann Rogers died peacefully on September 17, 2022, at the age of 93.  She was born to Anna and Joseph Rodgers of Detroit, Michigan.  Upon her parent’s untimely deaths, she was raised by the Schuss family of Detroit from early childhood through adulthood.  She graduated from Nativity High School.

In the spring of 1955 while working at Marquette University in Milwaukee, WI, she met her future husband Ed Rogers while he was a dental student.  They met in the elevator at the Ardmore Apartments and fell in love shortly after Ann invited Ed over for a turkey sandwich.  The rest is history!  They were married at Gesu Church on the Marquette campus on July 23, 1955.

Ann’s greatest achievements were raising her five children and celebrating moments big and small with her family.  She was a role model as a wife, mother, grandmother, and friend.  As a military wife, Ann spent many years packing and unpacking her household as Dr. Rogers was assigned to 10 Air Force bases around the world: Japan, Michigan, Colorado, France, England, Wyoming, California, Alabama, Hawaii and Mississippi.   Her favorite assignment was the Air Force Academy in Colorado where she opened her home to young cadets including Medal of Honor recipient Lance Sijan. Her cadets were like family to her. Ann was recognized as Air Force Military wife of the year in 1973 at George Air Force Base, Victorville, CA.  She returned to full time work as secretary of Holy Family School when they were stationed in Honolulu, HI.

After her husband retired from the military in 1984, they returned to Milwaukee, WI where they both worked at Marquette University, Ann at the School of Business and Ed at the School of Dentistry.  In 1995, they both retired and moved to Jacksonville, FL.

Most important to Ann were her faith and family.  She was a devout Catholic and never missed a Sunday Mass.  She loved bragging about her family, showing pictures and telling funny tales about her kids to anyone who would listen.

The family would like to thank the wonderful health care providers at Baptist Age Well and the loving caregivers who took great care of mom in her later years, especially Linda, Ruth, Jasia, Hadassah and all of the caregivers at Cypress Village and Concierge Care.

In lieu of flowers, please consider donations to one of the following charities: Community Hospice of NE Florida (https://www.communityhospice.com/give/) or your local hospice, Air Force Aid Society (https://afas.org/), or the Alzheimer’s Association (https://www.alz.org/).