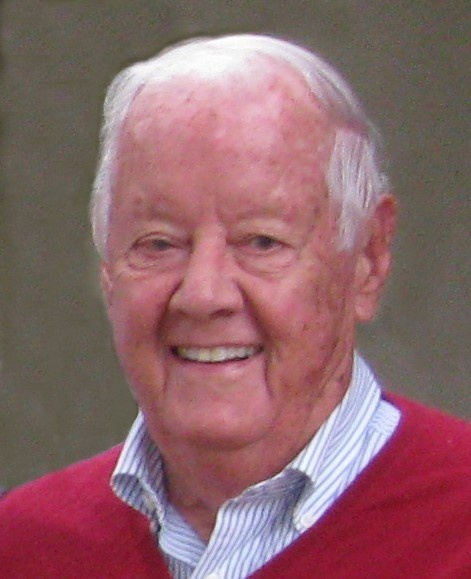 Due to the possibility of Hurricane Dorian impacting Jacksonville Beach and the surrounding areas, it is possible that this service will have to be rescheduled. We do not want to make that decision unless it is absolutely necessary. Please check back to this website prior to making arrangements to attend the service. We will update this as soon as we know more.

John Alfred Bowers MD, 89, passed away at home after a brief illness on July 20, 2019. Born June 30, 1930 in Montgomery, Alabama, his family moved to Atlanta in 1934 where he would meet his future wife, Shirley Hall, in Sunday school at Druid Hills Presbyterian Church. Alfred and Shirley were married in 1952 before moving to Augusta, Ga where Alfred attended the Medical College of Georgia.

While in Augusta, the couple's first 2 children, John and Alison, were born. The family then moved to Memphis for Alfred's medical residency, while he served in the U.S. Navy.

Between 1962 and 1964 Alfred and Shirley’s children, Suzanne and David, were born. The family became early members of the fledgling Palms Presbyterian Church where Alfred spent many years as an Elder and, eventually, Elder Emeritus. He devoted countless hours to the Building and Property Committees, playing a pivotal role in multiple construction phases.

Alfred was very active in the medical and civic communities in Jacksonville for 60 years, serving as the Chief of Staff for Beaches Hospital shortly after it was built, while attending newborns and children at Baptist, St. Vincent’s, Memorial, Beaches, and Hope Haven hospitals. In addition, he served on the Board of Directors for the (then known as) Duval Home for Retarded Children in Deland.

He enjoyed traveling with his wife to Williamsburg as they jointly planned the home they built in Ponte Vedra Beach.

He retired from private practice after 30 years and then became the primary medical advisor to the Duval County Public School System, a role he retained for another 30 years.

He enjoyed his association and work with the Jacksonville Beaches Rotary Club and many other civic organizations.

The memorial service will be held at Palms Presbyterian Church, Jacksonville Beach on September 6, 2019 at 11:00 a.m. His cremated remains will be interred in a private family service in the church's columbarium. In honor of Alfred’s lifelong career as a pediatrician and his devotion to his church, donations can be made to Palms Presbyterian Church’s ‘Children’s Ministries Program’ by sending a check directly to the church in Jacksonville Beach marked “Alfred Bowers-Children’s Ministries”. Flowers are welcome as well.