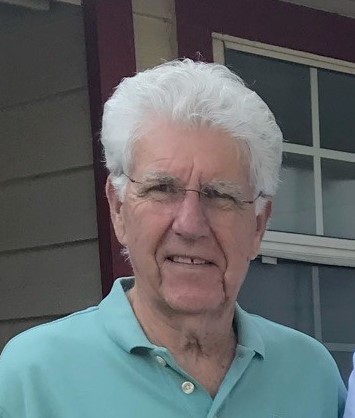 Capt. Albert D Jones - US Navy Retired, passed away in his home surrounded by his loving family on Wednesday, September 29th following a brave fight with brain cancer.

Al is survived by his wife Lola Frauenheim Jones and his daughters Tara Sellers (Dave), Lisa Hall, and Ashlyn Murray (Adam). He was known as “Cappy” to his 8 grandchildren - Olivia and Andrea Sellers, Morgan Hall Ashbaugh (Sam), Christian and Patrick Hall, Emma, Cooper and Lyla Murray, 1 great-grandson Tommy, his sister Dona Brophy of Castine, ME and many extended family members.

Al was born June 8, 1937 in Colon, The Republic of Panama and grew up there until he enlisted into the US Navy in 1956 and completed basic training in Bainbridge, MD. Following his completion of Submarine School, he was assigned to the USS Caiman (SS-323) out of San Diego, CA. After his four year commitment, he left the Navy and attended LSU graduating in 1967 with Bachelors in Physical Geography. He returned to the Navy through the Aviation Office Candidate program and completed Advanced Jet Navigation where he was designated a Naval Flight Officer in May 1968. Duty assignments include VA-42, VA-85, VA-34, and VA-75 for the A6E Intruder. Decorations include Air Metal with #7, Navy Commendation Medal with Gold Star and Combat “V”, Vietnam Service Medal, Republic of Vietnam Gallantry Cross Unit Citation and Vietnam Campaign Medal to name a few. Later career achievements include Air Boss on the USS Saratoga CV-60 from July 87 to Aug 89 and finished out his career as Director of Naval Education Training Center in Newport, Rhode Island.

He served our country for over 32 years and retired in 1994 in Jacksonville Beach and Hendersonville, NC.

A Memorial Service will take place on Saturday, October 16th at 11:00 am at St. Paul’s Catholic Church in Jacksonville Beach, Fl.

In lieu of flowers, memorial donations may be made to Community Hospice & Palliative Care, 4266 Sunbeam Road, Jacksonville, FL 32257 or give online at support.communityhospice.com.”