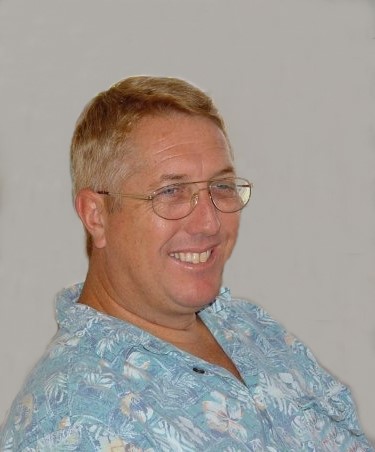 MARTIN, Alan Randall – Passed peacefully on May 24, 2019 at Community Hospice at McGraw Center after a valiant battle with cancer, at age 59.  Loving husband of Lynda Padrta of Neptune Beach; beloved father of Christopher of Jacksonville and Daniel (Caylee) of Mobile, Alabama; proud grandfather to Bastian, Conrad and Henry; son of Marleen Woodbury Martin of Melbourne; predeceased by father Lloyd Monroe Martin; brother of Dana (Verna) of Orlando, Robin Checkwicz (Edward) of Port Orange, Michael Dowdy (Dee) of Melbourne, and Brad (Peter) of Boston.

Returning to Navy medicine after his military retirement, Alan worked as a civilian Pharmacy Technician at Mayport Branch Clinic before retiring from civil service in 2018.

Alan was a volunteer member of the Neptune Beach Community Development Board.  He was a faithful participant in congregational activities at St. Andrew’s Lutheran Church, and a happy member of Beaches A1A Parrothead Club for many years.  He enjoyed square dancing with his wife.  He loved riding his motorcycle and had many friends from the Atlantic Beach Vintage Motorcycle Club.  And Alan volunteered at the Navy-Marine Corps Relief Society, where he assisted young service members with financial counseling and financial crisis management.

A friend to anybody he met, and a valuable source of information that he shared freely, Alan had a large circle of friends who held him in high esteem.  Ever ready with a story or a joke, Alan could start and keep a conversation going.  He enjoyed helping junior military personnel with issues including regulation uniform, professional development, budgeting priorities, and personal life skills.

Visitation on Thursday, May 30, from 4:30 to 6pm, followed by memorial service at St. Andrew’s Lutheran Church, 1801 Beach Blvd., Jacksonville Beach.  Interment with full military honors at Jacksonville National Cemetery on Friday May 31 at 11am.

Sincere thanks to the staff at Baptist Beaches Hospital and Community Hospice for their dedicated and compassionate care. As expressions of sympathy in lieu of flowers, donations may be made to the Navy - Marine Corps Relief Society or to Community Hospice McGraw Center for Caring.