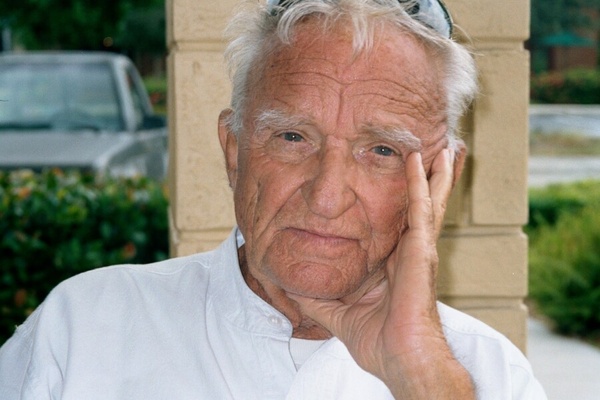 Colonel Marvin E. Rice, also known as “Bud,” was born in Guthrie, OK, on May 2, 1921. He grew up in El Reno, OK, and was a musician while in high school, both playing the clarinet and arranging music as well as being a band leader and playing for area dances. His favorite music was Big Band, Swing and Ragtime. Bud became a professional musician when he attended college at the University of Oklahoma and would have continued down that path but for the attack on Pearl Harbor in 1941. A member of the Greatest Generation, Colonel Rice joined the Army and served in WWII, Korea and Vietnam. He was a highly decorated officer who participated in the rebuilding of Japan, served in the 101st Airborne Division, and was the Commander of the Anniston Army Depot in Alabama before retiring in 1973. Colonel Rice also earned a master’s degree in Economics, studied at the Library of Congress and attended The Army War College. After retirement Bud settled in Atlantic Beach, FL, where he worked for the City of Jacksonville in the Utilities Dept. Colonel Rice is survived by 9 children: Sharon Anderson, Judith MacDonald, Pamela Edwards (Dale), David Rice (Rebecca), Kelly Ignatoff (Christopher), Joel Rice (Mary Ann), John Rice (Ruth), Daniel Rice, and Christopher Rice. He had 11 grandchildren, 16 great-grandchildren, and one great-great grandchild. Colonel Rice enjoyed golf (A LOT!!), reading, and watching college football. His greatest joy was being around his grandchildren and great-grandchildren. He was, in short, a Patriot and beloved father.  Visitation will be held at Quinn-Shalz Funeral Home in Jacksonville Beach on Friday, Jan 14, 2022, from 6-8pm. A Mass of Christian Burial will be celebrated at 11am on Sat, Jan 15, 2022, in Holy Spirit Catholic Church with Rev William Kelly as celebrant. A graveside service will follow at Beaches Memorial Park, Atlantic Beach, with full Military Honors.